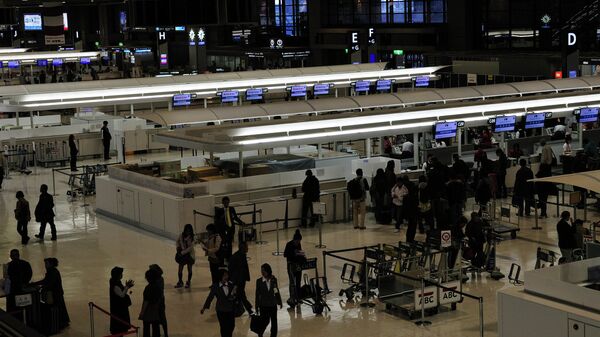 "Our priority is to secure [Japan] from Ebola virus. In this regard, we will try to take all the possible measures and minimize the risk," Shiozaki said at a press conference.

In all Japan's 30 international airports a mandatory survey conducted by health authorities, which contains questions about recent journeys to West Africa, is being introduced for all visitors to the country. Visits to Guinea, Liberia, Sierra Leone and the Democratic Republic of the Congo for three weeks prior to arrival in Japan, will be a matter of special inspection.

The surveys will be carried out regardless of what country travelers enter Japan from, and they will be required to disclose their prior travel destinations to border control authorities.

In August, the requirement to complete a health survey to enter Japan was introduced only for passengers from West African countries where the cases of Ebola were registered.

The current Ebola outbreak started in southern Guinea at the end of 2013 and later spread to Liberia, Sierra Leone, Nigeria, and Senegal, with several Ebola cases also having been reported in the United States and Europe.

The deadly virus is transmitted through direct contact with the bodily fluids of those infected. At the moment, there is no officially approved medication for Ebola. However, several countries including Russia, the United Kingdom, the United States, Japan and Canada are currently working on a vaccine.

The latest figures by the World Health Organization (WHO) released on October 22 show that the current Ebola outbreak has claimed the lives of 4,877 people, with 9,900 confirmed, probable and suspected cases.