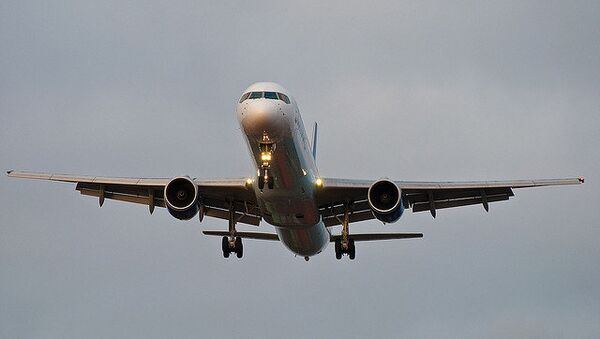 Boeing has delivered airplane parts to the Iranian Air Force for the first time since diplomatic relations between Iran and the US were cut in 1979, France24 reports.

MOSCOW, October 23 (RIA Novosti) - Boeing has delivered airplane parts to the Iranian Air Force for the first time since diplomatic relations between Iran and the US were cut in 1979, France24 reports.

"During the third quarter of 2014, we sold aircraft manuals, drawings, and navigation charts and data to Iran Air," Boeing’s quarterly report stated.

According to Aljazeera, the deal was valued at $120,000 and consisted of airplane parts, handbooks, service information sheets, illustrations, navigation charts and data, namely, all “goods and services related to the safety of flight."

The Iranian hostage crisis broke out after a group of Iranian students attacked the US Embassy in Tehran, took 52 American diplomats hostage and held them captive for 444 days. The incident caused an international uproar and resulted in tough US sanctions lasting to this day.

US industry experts claim that the deal is considered a “diplomatic carrot for Iran”, which previously copied spare parts or illegally procured them on the black market, as reported by Reuters. Exports of Boeing products were made possible when some sanctions were eased after Iran consented to partly curb its nuclear activities at the Geneva talks in November 2013.

This sale approval and the easing of sanctions could facilitate greater trade relations in the aviation industry between the two countries, Boeing representatives claim.

"We may engage in additional sales pursuant to this license," the company said.

Other US companies, such as General Electric, are also reported to be willing to sign trade agreements with Iran, according to Aljazeera. General Electric received its relevant license from the US Treasury Department in April 2014.