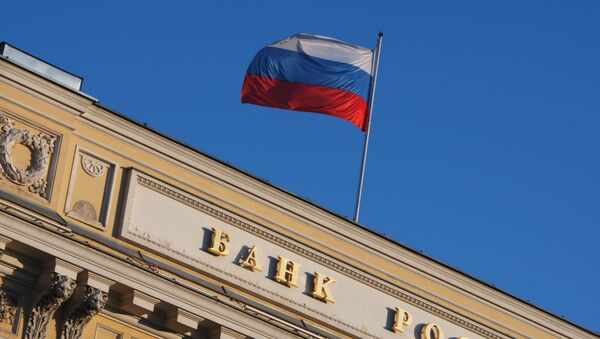 Western economic sanctions have some negative impact on Russian banking sector, but overall they did not have a significant influence on them, the Russian Central Bank financial stability review said.

MOSCOW, October 21 (RIA Novosti) - Western sanctions have affected some aspects of Russian banks' operations, but in general they did not have a significant impact on them, the Russian Central Bank financial stability review said.

"Despite the negative impact of [Western] sanctions on certain aspects of operational activity, in general, sanctions have not considerably affected this group of banks, their financial position remains strong," the review, published Monday, stated.

The European Union, alongside the United States, has imposed several rounds of sanctions against Russia, blaming Moscow for meddling in Ukraine’s internal affairs - claims that Russia has repeatedly denied. The sanctions target Russia’s banking, defense and energy sectors, as well as certain individuals.

In July, Sberbank, VTB, Gazprombank, Vnesheconombank and Rosselkhozbank were barred from raising funds on European Union capital markets. Sanctions against the Russian state-owned banks were also imposed by Australia, Canada, Switzerland and Japan.