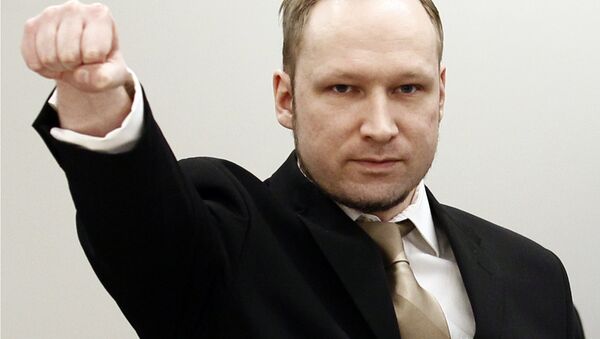 © Sputnik
Subscribe
A TV drama about the terrorist attacks carried out by Anders Breivik on July 22, 2011 is scheduled to commence shooting before the end of 2014 in Norway, the director of the future series said Monday.

MURMANSK, October 13 (RIA Novosti) — A TV drama about the terrorist attacks carried out by Anders Breivik on July 22, 2011 is scheduled to commence shooting before the end of 2014 in Norway, the director of the future series said Monday.

The figure of Anders Breivik himself is not central to the plot as the series are aimed at describing how Norwegian society reacted to the tragedy, Paul Sletaune said as quoted by the Norwegian newspaper Aftenposten.

Sletaune added that as the process of creating the series has just begun it is hard to predict the future release date. However it is already known that the terrorist attack will be the starting point of the drama and that the action will unfold in police stations, hospitals, media offices and city streets.

According to the Aftenposten, Trond Herry Blattman, who heads the 22 July support group is against the idea of creating the series. Blattman said that there is no need to dramatize the events of July 22 as they are dramatic enough.

Anders Breivik was sentenced to 21 years in prison for carrying out deadly attacks in Norway in 2011. The first attack took place in the government district of the Norwegian capital, Oslo, where Breivik bombed government buildings on July 22, killing 8 people. Later, he opened fire at a youth camp of the ruling Labor Party on Uteyya Island, killing 69 people.

Breivik pleaded guilty in court, insisting he was protecting Norway from the spread of Islam and multiculturalism, which he blamed on the ruling Labor Party.

On September, Breivik announced his plan to establish a fascist party in Norway.