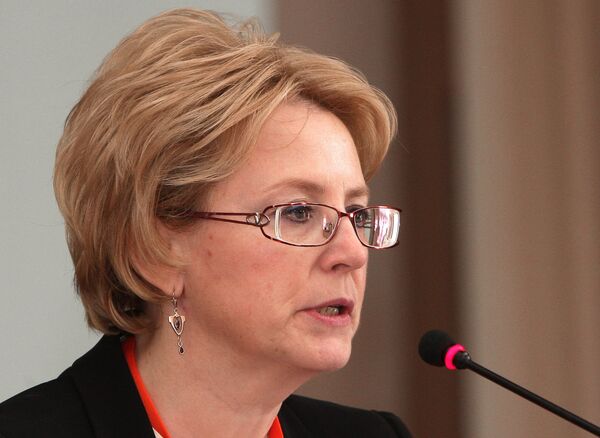 She said that Russia is trying to get enough test material “to repeat tests on primates and start clinical tests.”

“This work will take several more months,” the minister added.

Russian Deputy Prime Minister Olga Golodets said, in her turn, that Russian scientists were “about to finish work on developing the vaccine.”

Earlier in October, Skvortsova stated that the Russian scientists were planning to introduce vaccines to fight Ebola within the next six months and that Russia had also begun the work on creation of special drugs for the prevention and treatment of the deadly virus.

The Ebola epidemic currently taking place in West Africa broke out in southern Guinea in February, and later spread across the entire region, with cases also having been reported in Spain and the United States. According to the latest figures by the World Health Organization (WHO), the number of Ebola victims has reached 4,033.

The Ebola virus is transmitted through direct contact with the bodily fluids of those infected. Though there is no officially approved medication for the disease, several countries, including Russia, the United States, the United Kingdom, Canada and Japan are currently working on developing Ebola vaccines.

In August WHO concluded that it was ethical to use experimental drugs to treat patients infected with the Ebola virus.