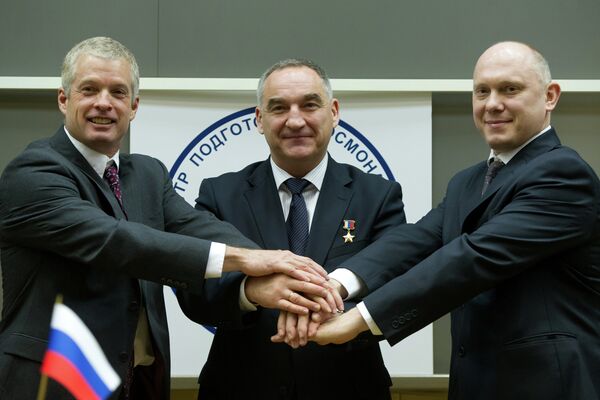 The situation in Ukraine has not affected relations between crew members at the International Space Station (ISS), cosmonaut Oleg Artemyev said Friday.

"In spite of politics, we have not argued and we feel like a single entity, a single nation that inhabits the Earth," Artemyev, who returned from the ISS about a month ago, told reporters at the Cosmonaut Training Center in Zvyozdny Gorodok (Star City) in the Moscow Region.

Another ISS crew member, cosmonaut Alexander Skvortsov, said that the Ukrainian conflict had become a personal tragedy for him.

"For the 20 seconds you fly above Ukraine, you realize that this little piece of the Earth affects the faith of such a huge number of human beings. In any case, bad peace is better than good war," he said.

According to Skvortsov, the ISS crew closely followed the news about Ukraine and tried to see what was going on in the country's south-east from space.

"We were looking at what was going on, saw [Ukraine] from space. Seeing this [war] is terrible," he added.

The International Space Station (ISS) was first launched in 1998. Fifteen nations are currently involved in the project, including Russia, the United States, Canada, Japan and eleven members of the European Space Agency.