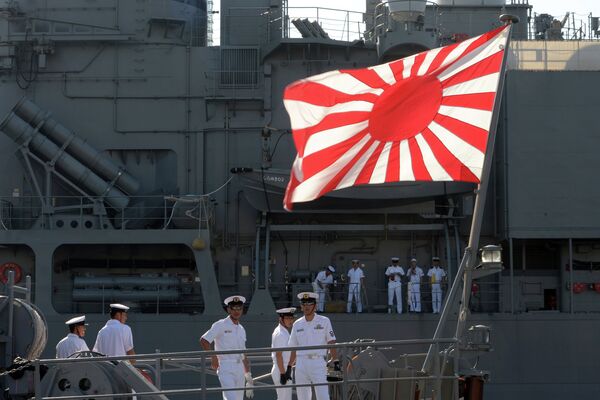 Harpviken, who has no formal ties to Norway’s Nobel Committee, has a dubious record picking winners, having been right only once in his ten years of making predictions. He correctly guessed that former US Vice President Al Gore would win the 2007 Peace Prize. Nevertheless, his reasoning and his message are important.

Writing on his blog, Harpviken said that giving the Japanese peace activists the prize this year “would be well timed” in light of “events in Ukraine and simmering tensions in East Asia,” the source notes.

Harpviken said that the Japanese government’s recent reinterpretation of Article 9, which until the present has mandated that the country pursue a purely defensive approach to warfare, may be a “precursor to armed confrontation.”

He told the Japanese newspaper Asahi Shimbun that Article 9 is worthy of attention for its uniqueness among the world’s constitutions, bringing “attention to important principles such as neutrality, nonaggression and...pacifism –principles that I think figure far too little in the current debate.”

Article 9 states that “the Japanese people forever renounce war as a sovereign right of the nation and the threat or use of force as a means of settling international disputes.” For decades since the end of the Second World War, Japan’s military self-defense forces have been maintained at the “minimum levels" necessary for protecting the country’s borders.

Unable to remove the article via a parliamentary vote and referendums, Japanese Prime Minister Shinzo Abe chose to reinterpret the article instead, causing protests to erupt on the island nation.

Naomi Takasu, a Japanese homemaker from Kanagawa Prefecture, initiated the campaign to award the prize to the Article 9 protesters, starting petitions and working with the Article 9 Association, a Japanese pacifist organization.

The Nobel Peace Prize winner will be announced next week.

Among the other contenders this year are Pope Francis, the reformist Argentinian Pontiff, and Edward Snowden, the American intelligence worker who disclosed the extent of the US government’s global surveillance operations. Others include Novaya Gazeta, a liberal Russian newspaper which is critical of Russia’s policy, Denis Mukwege, a Congolese gynecologist who has helped rape victims, and Malala Yousafzai, a young Pakistani education activist.