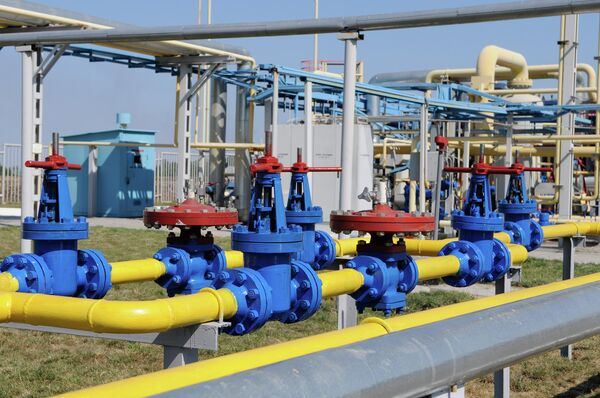 "I will hold a bilateral meeting with the European Commission tomorrow [on Thursday] in Brussels. On Friday, a trilateral meeting [involving Russia] is possible," Prodan told reporters.

Earlier this week, Ukrainian Energy Ministry said that Kiev was not satisfied with the "Winter Plan" on gas, endorsed by Russia and the European Commission during the ministerial gas meeting in Berlin last Friday.

The plan envisages that Ukraine repays $3.1 billion of its gas debt to Russia and pays in advance to Gazprom for the delivery of five billion cubic meters of gas at the price of $385 per 1,000 cubic meters, with a discount of $100.

Kiev, however, rejects Russia's offer of the discount in the form of an export-duty exemption and wants the contract price to be reduced instead.

Ukraine also wants to agree the debt repayment schedule, as well as terms and schedules of future gas deliveries and insists on amending the current gas contract with Russia in order to formally authorize the reverse deliveries of Russian gas to Ukraine from Europe.

Moscow and Kiev have a long history of disputes over natural gas deliveries. In June, Russia's gas giant Gazprom was forced to introduce a prepayment system for gas deliveries to Ukraine due to Kiev's massive debt.

As Ukraine is not only a consumer, but also a major transit country for Russian gas to Europe, the European Union has repeatedly emphasized the importance of trilateral gas talks.