Federal Aviation Administration To Allow Use Of Drones For Film Production 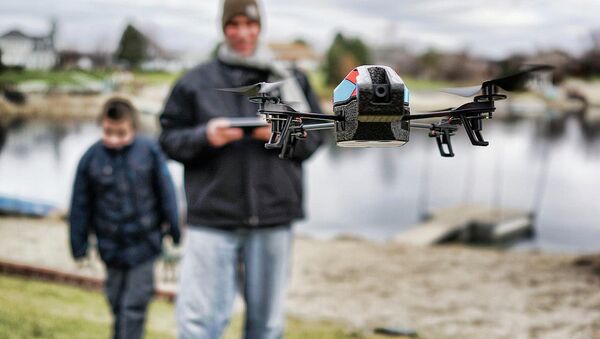 The Federal Aviation Administration (FAA) is expected to allow the use of unmanned aerial vehicles (UAVs) for a number of movie and TV production companies, Bloomberg reported Thursday.

September 25 (RIA Novosti) - The Federal Aviation Administration (FAA) is expected to allow the use of unmanned aerial vehicles (UAVs) for a number of movie and TV production companies, Bloomberg reported Thursday.

If the move goes ahead, then these will be the first permits for commercial drone flights above the continental United States.

The production companies will be able to fly small drones on closed sets in the United States.

Each UAV would be operated by a licensed pilot to ensure safety. Prior to the shooting, operators would have to submit a written plan of action to the FAA.

Over 40 companies have applied for exemptions to fly drones in the United States and they see today's initiative as a first step in allowing legal use of the UAVs for the businesses.

The FAA is scheduled to release the proposed rule by the end of the year, and it will take at least a year before that regulation becomes final.

A drone or an UAV is an aircraft without a human pilot aboard. Drones are currently used in policing, firefighting, pipeline checks, and for the military purposes. According to the data from the International Institute for Strategic Studies (IISS), there are 56 different types of drones used in 11 countries.

If the FAA allows commercial drone flights above the US, UAVs are expected to create 100,000 jobs and $82 billion in economic impact in the first 10 years, according to the Association of Unmanned Vehicle Systems International.