Indian Ambassador to Russia: India, Russia to Benefit From Trading in National Currencies 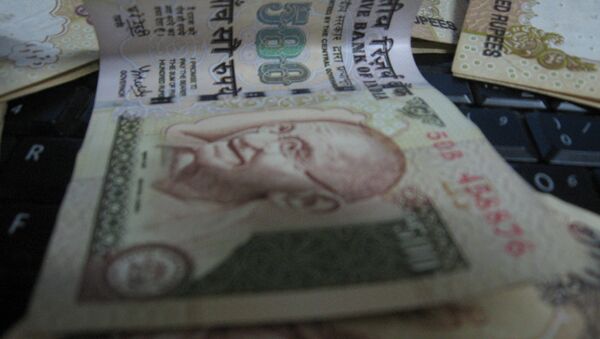 "I would like to mention actually three specific ways in which we are looking to see a significant increase in trade exchanges between our two countries. The first is as mentioned, trade in national currencies," Ragahvan stated. "It is obviously advantageous, because trade between Russia and India is now through the currency of a third country which means that business people have to hedge against two different currencies – between the rupee and the dollar and then the dollar to the ruble and vice versa," the ambassador stated in an interview ahead of the Indian Trade and Industry exhibition in Moscow.

Besides the transition to national currencies, the ambassador proposed another two elements that could "have a huge impact on trade between the two countries." The second and the third elements are discussions between customs authorities and the active use of the North South Corridor, going "from ports in India to ports in Iran, up by the overland route and then into Russia, either across the Caspian Sea or through Azerbaijan." According to the ambassador, this could reduce "the total length traversed by goods between India and Russia by half."

"Of course we need to publicize it among the business communities of our countries," the ambassador stated.

The annual trade volume between Russia and India is estimated at only $10 billion although the two countries strive for an increase in turnover. In October 2000 Russian President Vladimir Putin paid an official visit to India and signed the Declaration on the India-Russia Strategic Partnership. Under the Strategic Partnership, several institutionalized dialogue mechanisms operate at both political and official levels to ensure regular interaction and follow up on cooperation activities. During Putin's visit to India in December 2010, the Strategic Partnership was elevated to a special and privileged level.