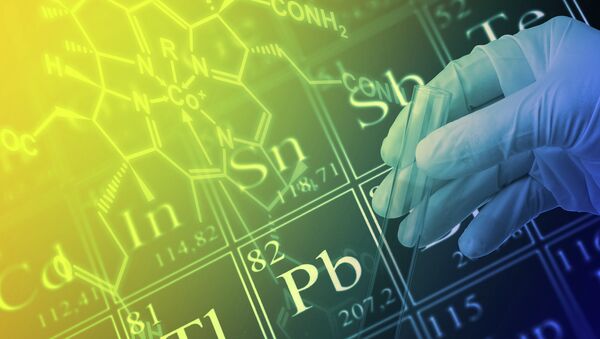 The ceremony was held within the framework of the International Symposium on “Green Chemistry” in Moscow. Grants were awarded to Dr. Thibault Cantat of France for his study on the “Sustainable Synthesis of Methylated Amines and Phosphines from Carbon Dioxide”, Mostafa Gasser of Egypt for the “Development of Optical Sensors for Heavy Metals Determination in Drinking Water”, Juan Carlos Rodriguez-Reyes of Peru for “Materials Chemistry as a Critical Tool for Greener Mining Activities”, Anastasia Hubina of Ukraine for “Polysaccharide-based Membranes for Fuel Cells”, Professor Ning Yan of China for “Toward Ocean-based Biorefinery: Harnessing Shellfish-derived Chitin for Pyrrole and Acetic Acid via Hydrothermal Conversion”, and Dr. Sharifah Rafidah Wan Alwi of Malaysia for her “Study of Papaya Peel Waste as Absorbent for Efficient Lead Removal from Wastewater”.

President of the Russian Academy of Sciences Vladimir Fortov, Deputy Director of the International Organizations Department of the Ministry of Foreign Affairs Grigory Ordzhonikidze, Director of Division of Basic and Engineering Sciences Maciej Nalecz, and IUPAC Finance Director John Corish attended the ceremony, according to RIA Novosti.

“The Project ‘Green Chemistry’ has become the example of combining the efforts of science and industry and it is aimed at a more harmonious and safe development of this important industry”, Vladimir Fortov said.

For the first time in history of UNESCO, this kind of initiative is implemented at the expense of Russian businesses, Maciej Nalecz said. “Today will become a new page in the history of chemistry, in the field of ecology and people’s health around the world”, Nalecz further added, as quoted by RIA Novosti.

“Toward ocean-based Biorefinery between science and industry. At the forthcoming session of the UNESCO Council, we hope to initiate the reconstitution of this program, because it is extremely important. I think that the prize which was given out today due to the initiative of the PhosAgro company will become a benchmark for other companies, from other industries to follow suit,” Ordzhonikidze said.

PhosAgro’s general director Andrei Gurev noted that “Green Chemistry for Life” will not be the only project launched by a company in Russia or abroad which is aimed at supporting talented young scientists and specialists. Gurev said that he intends to propose an initiative to establish another prize, which will be awarded to young scientists for projects which will improve the efficiency of recycled raw materials use and reduce the resource consumption of chemical plants.

The project “Green Chemistry for Life” was implemented in cooperation with UNESCO, IUPAC and Russian company “PhosArgo” in the spring of 2013. The aim of the project is to increase the potential use of technologies and principles of green chemistry to ensure sustainable development. The project seeks to provide financial support to young chemists from around the world who work to develop advanced technologies of modern chemistry to solve problems of environmental protection and people’s health. It is expected that within the next five years $ 1, 4 million will be given to promising young scientists, RIA Novosti said.