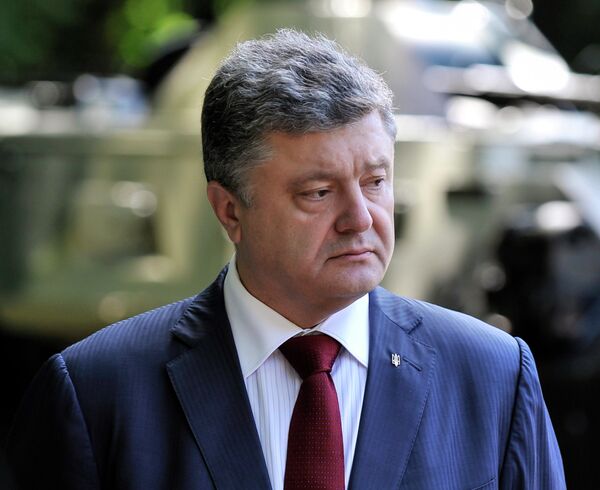 "The decision is made by Ukraine's National Security and Defense Council on necessity of new military doctrine development, new system of defense, institutions are working on it," Poroshenko said late on Sunday.

The Ukrainian leader also stated that the government is preparing a reform in the field of defense and security, which will be presented on Thursday.

"We have expanded significantly cooperation with foreign advisers, who will help us build up the country's defense," Poroshenko noted.

The previous military doctrine was adopted in 2012 with President Viktor Yanukovych.

On September 3, Ukrainian Prime Minister Arseniy Yatsenyuk said that Ukraine needs to create a new military doctrine that would reflect Russia as an "aggressor nation."