Attempts to Take Advantage of Truce in Ukraine May Disrupt It: OSCE Head 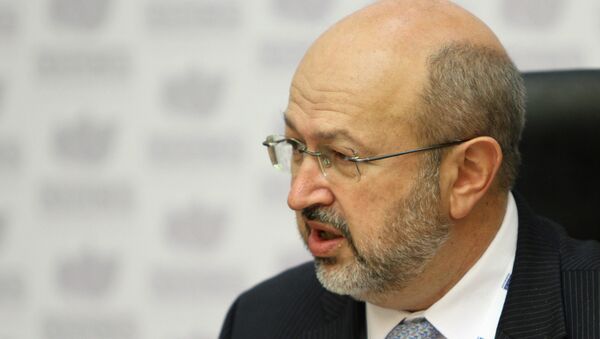 The attempts to use the ceasefire in Ukraine for taking advantage may cause its disruption, OSCE Secretary General Lamberto Zannier told reporters Sunday.

United Nations, September 22 (RIA Novosti) – The attempts to use the ceasefire in Ukraine for taking advantage may cause its disruption, OSCE Secretary General Lamberto Zannier told reporters Sunday.

"The ceasefire cannot become an occasion to try to gain advantages because if you do that the all thing will collapse," Zannier said after the meeting with UN Secretary General Ban Ki-moon.

Zannier also confirmed that the number of OSCE monitors in Ukraine is close to 80 and will be increased up to 500.

"So we want really to invest as much as we can in stabilizing the ceasefire and deescalating the crisis and developing this political space that we found through agreements in Minsk because this is now the beginning of the solution to the problem," OSCE Secretary General added.

"We need to be sure that everyone is looking at it that way," Zannier said.

In mid-April, Kiev authorities launched a special military operation to suppress independence supporters in the southeast of Ukraine.

The Ukrainian government forces and southeastern Ukraine's independence supporters agreed on a ceasefire and an "all-for-all" prisoner exchange on September 5 at a meeting of the Contact Group on Ukraine held in Minsk.