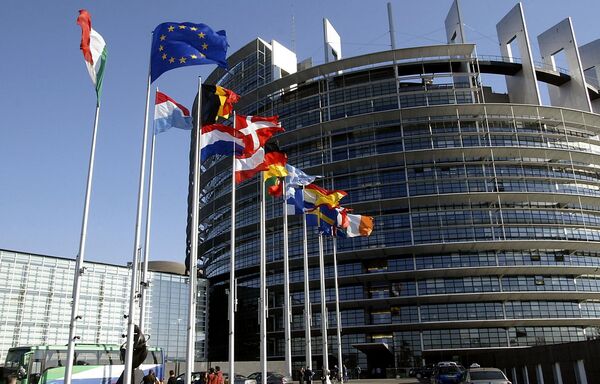 In a resolution adopted Thursday, the European Parliament called on the EU member states to consider excluding Russia from the Society for Worldwide Interbank Financial Telecommunication (SWIFT) financial transaction system.

The European Parliament “calls for the EU to consider excluding Russia from… the Swift system,” the resolution reads.

The European Parliament does not develop projects and is not responsible for making decisions concerning sanctions. All the bills on restrictive measures are elaborated by the European Commission, the final decision rests with the individual EU countries.

The calls by the European Parliament come just a week after the United States and the European Union implemented new sanctions against Russia targeting the country's banking, energy and defense sectors. Moscow has repeatedly stated that Russia is not a party to Ukraine's internal conflict, and said that Western sanctions run counter to the principles of international law.

This spring, Russian authorities started searching for ways to decrease Russian financial markets" dependence on SWIFT, when a number of banks were hit by Western sanctions.

SWIFT binds together 10,000 financial organizations in 210 countries, providing the infrastructure for $6 billion in interbank operations every day. The vast majority of bank-to-bank transactions are conducted via SWIFT, which allows foreign banks to request information concerning clients and block operations if the obtained data does is unsatisfactory. Experts say that switching to an alternative transaction system may take at least a year.