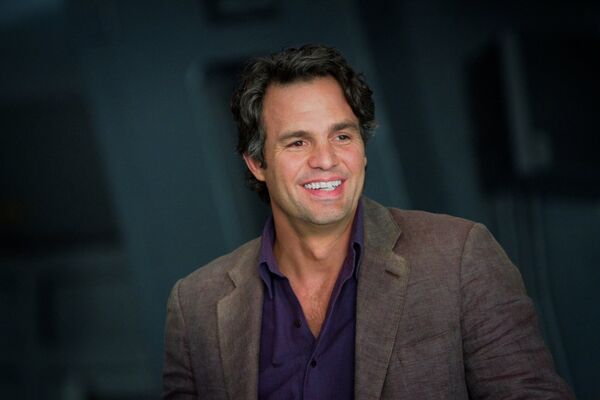 © Photo : Walt Disney
Subscribe
Hollywood actor and activist Mark Ruffalo is calling for a ban on hydraulic fracturing, or fracking, in the United States, The Guardian reported Wednesday.

MOSCOW, September 17 (RIA Novosti) – Hollywood actor and activist Mark Ruffalo is calling for a ban on hydraulic fracturing, or fracking, in the United States, The Guardian reported Wednesday.

"By stopping this fracking, it doesn't mean that we have to go backwards – we don't have to take an economic hit or lose jobs…It means moving forward with clean energy, the power of the 21st century," Ruffalo said as quoted by The Guardian.

Ruffalo's plea, made in a press call hosted by Food and Water Watch, comes ahead of a United Nations Climate Summit scheduled to take place in New York on September 23.

On Tuesday, Food and Water Watch released a report, which summarizes recent findings about the impact of fracking on the environment and warns of the negative effects of unregulated disposal of waste caused by hydraulic fracturing.

On Monday, a study published by the Proceedings of the National Academy of Sciences, revealed that drinking water supplies in Texas and Pennsylvania suffer from regular natural gas contamination, resulting from leaks caused faulty cement casing on natural gas wells.

The authors of the study noted that "horizontal drilling and hydraulic fracturing have enhanced energy production but raised concerns about drinking-water contamination and other environmental impacts."

Hydraulic fracturing, or fracking, is a technique for recovering gas and oil from shale rock by drilling down into the ground and injecting water, sand and chemicals into the rock at high pressures, releasing gas to the head of the well.

The method has triggered a surge in US gas production, but raised fears that breaking up rock formations underground could allow gas to seep into drinking water.

The US Environmental Protection Agency is in the midst of a years-long study into the impacts of fracking on drinking water, and is scheduled to release a draft this year, after reports of drinking water so badly contaminated that homeowners could light it on fire.

Fracking is also reported to be the cause of hazardous air pollution and earthquakes, resulting from the process of injecting fracking solutions into the ground.