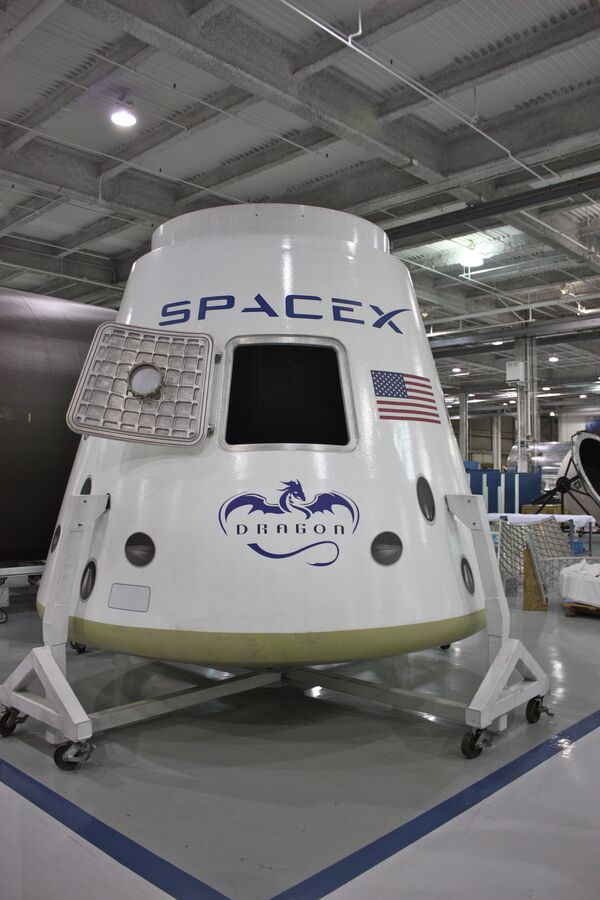 NASA has signed a $6.8 billion contact with Boeing and SpaceX to build its own spaceships, to carry astronauts to the International Space Station starting in 2017 in a move to limit the US reliance on Russian spacecraft, NASA Administrator Charles Bolden announced Tuesday.

MOSCOW, September 17 (RIA Novosti) - NASA has signed a $6.8 billion contact with Boeing and SpaceX to build its own spaceships, to carry astronauts to the International Space Station starting in 2017 in a move to limit the US reliance on Russian spacecraft, NASA Administrator Charles Bolden announced Tuesday.

"The contracts we are announcing today are designed to complete the NASA certification for human transportation systems capable of carrying people into orbit. Once the certification is complete, NASA plans to use these systems to ferry astronauts to the International Space Station, and then return them safely to Earth," Bolden said during a press-conference at the Kennedy Space Center in Florida.

"This is the fulfillment of the commitment President Obama made to return human space launches to human soil and end our reliance on the Russians," he added.

The two companies face the same requirements, only with a difference in the contract value - Boeing will receive $4.2 billion and SpaceX $2.6 billion.

The contract foresees certification by the two companies, including one crewed demonstration flight with NASA members on board. A maximum of six missions can be conducted under the current contracts.

The vehicles Boeing CST-100 and SpaceX' Dragon will lift off from the Kennedy Center's Cape Canaveral launch complex and carry four-person crews to the ISS, where they will remain docked for 210 days, and fly the astronauts back to Earth.

"These missions will enable NASA and our international partners to perform more research on the orbiting laboratory, nearly doubling today’s scientific research potential. They also offer a unique capability of serving as a space station life boat for up to 210 days, keeping our crew members safe in the event of an emergency," said NASA's Commercial Crew Program Manager Kathryn Lueders.

Bolden said that to achieve NASA certification in 2017, the new spaceships "must meet the same rigorous safety standards we held for the Space Shuttle program."

The new step in the US space industry development comes amid other prepared projects, such as the December test launch of Orion Multi-Purpose Crew Vehicle for missions that will carry people "far from our local space community" in the next decade, Bolden said.

"For the first time in 40 years, this nation is going to launch a vehicle intended to carry humans beyond the Earth’s orbit," he said referring to the anticipated launch of the Orion, which is being fueled at the moment.

With ambitions to conduct the first deep space missions with astronauts since the Apollo moon landing, the United States prepares to become the "first crew to take samples from an asteroid, first crew to fly beyond the moon orbit, perhaps the first crew to grow its own food and eat it in space, first crew to touch down and settle on Mars," Bolden said, commanding US President Barack Obama and the Congress for allowing NASA the "new way of doing business."

NASA currently pays Moscow $70 million for every astronaut flying a Russian spacecraft, according to the latest deal signed last year and in effect until 2017.