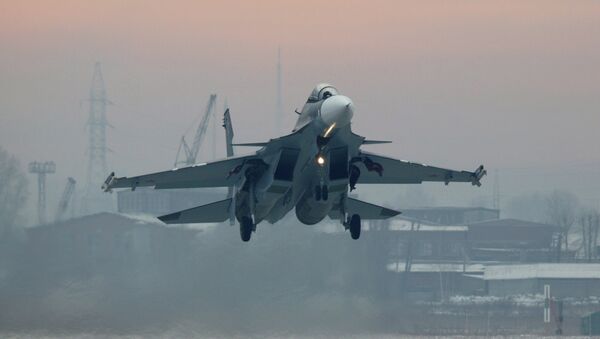 He did not say how many Su-30 fighter jets were deployed, but RIA Novosti sources estimated their number at up to 20 aircraft.

According to the official, the Russian Defense Ministry plans to deploy military aircraft at four airfields in Crimea, including Belbek.

The Russian government has decided that Belbek will be used as a joint airdrome, for military and civilian purposes, and for both domestic and international flights.

The ministry will also address the issue of the Chersoneses airdrome in Sevastopol, where "the landing strip is still in relatively good condition, but no longer fully meets all the requirements," Menyailo said.

The official also said that the airfield network in Crimea was highly developed in the Soviet era, but "during the period of time spent as a part of Ukraine, it was abandoned." The government would consider restoring it for the development of small aircraft, Menyailo said.