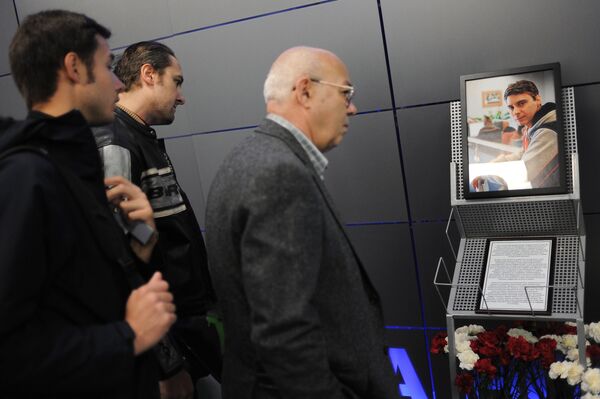 "Reporters Without Borders is saddened to hear of yet another killed journalist in Ukraine. We demand an independent investigation into the circumstances of his death," Mihr told RIA Novosti.

"Journalists need the possibilities to research and report independently, and we therefore call on all sides to guarantee their safety," he stressed.

"According to the UN-resolution 1738, all journalists in conflicts are civilians and all the participants in conflicts must protect them,” Mihr concluded.

Earlier on Wednesday, Dmitry Kiselev, the Director General of the International Information News Agency Rossiya Segodnya, announced that the Russian Investigative Committee confirmed that, Stenin, who went missing in Ukraine early in August, died about a month ago near Donetsk.

The car, in which Stenin was traveling while on an editorial assignment, was shot at and torched on a highway just outside the city. According to the Russian Investigative Committee, Stenin was killed in a Ukrainian attack on a column of refugees guarded by several eastern Ukraine independence supporters.

Stenin went missing in eastern Ukraine on August 5. Sources said that the Ukrainian military could have detained the journalist, but Kiev has never officially confirmed the information. On August 9, Rossiya Segodnya filed a request with the Ukrainian Interior Ministry to take immediate action to locate the photographer.

People in Russia and abroad have been supporting Stenin’s release by sharing the hashtag #FreeAndrew in social networks. Stenin was a professional war photographer and has reported from several of the most dangerous war zones in the world.