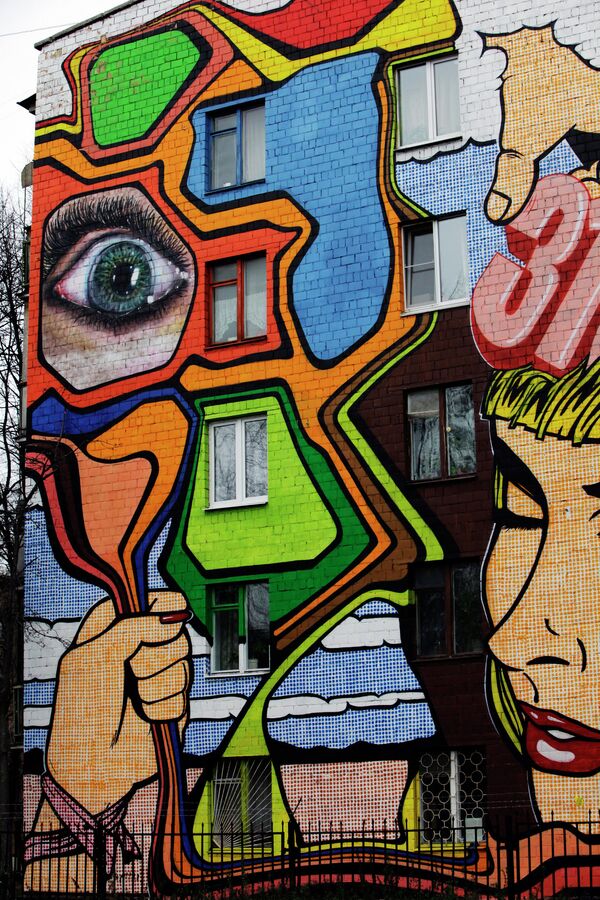 “The event will brighten up the capital’s streets with new colors, installations and sculptures will be placed in parks and pedestrian zones and bus stops and subway stations will be covered with art”, the website reports.

The event will take place from September 6 to October 20, 2014 and is expected to host 45 artists from 15 different countries.

Moscow residents can expect to see some incredible installations. Graffiti artist Sixe is planning to paint one of Moscow’s buildings. He previously has decorated London’s Tate Modern Museum. Some of the other prominent participants will be American contemporary artist Momo, known for his 60 meter painting between the Brooklyn and Manhattan Bridges in New York, German illustrator Sat One – creator of an epic mural piece at ‘See No Evil festival’ in England  and Dutch Erosie, best-known for his cycle tags.

Russia will be represented by 40 contemporary artists, among them – abstract painter Alexey Luka, graffiti artist Kirill Kto and Misha Most – a prominent Moscow street artist, who was nominated for the Kandinsky prize in 2008.

Besides the open-air exhibition, “ARTmosphere” will also include workshops, lectures and other educational courses. One part of the event is going to take place at the design center ARTPLAY – one of the largest contemporary art centers in Moscow. It is expected to be filled with installations, sculptures and monumental paintings, m24.ru reports. The exposition will run from September 6 to September 20, 2014.