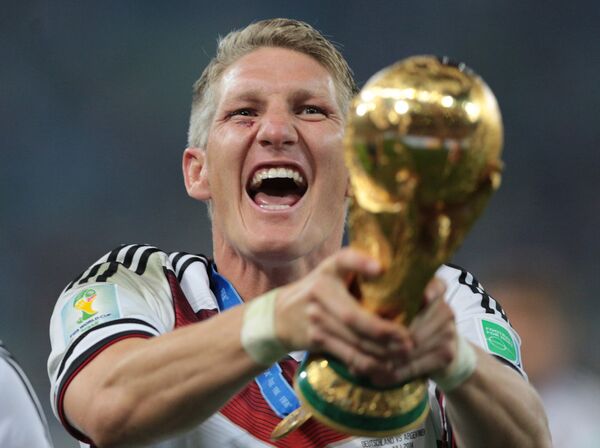 “I have always been able to rely on Bastian in the past," said current team manager, Joachim Löw. "He has the goal of playing in the EURO 2016, and I can tell that he is motivated to perform for Germany."

The 30-year-old Schweinsteiger is going to replace the former team leader Philipp Lahm after the latter’s decision to retire from playing international football. The prominent German midfielder is considered a good candidate for this position. “He was already officially Lahm's deputy and his leadership qualities have been widely praised”, Tribune reports.

Since his first game in 2004, Schweinsteiger has won 108 caps for Germany and scored 23 goals. He became one of the key players in Joachim Löw's team and contributed to Germany’s victory in the 2014 World Cup.