FIFA President Says 2018 World Cup to Be Held In Russia as Planned: Reports 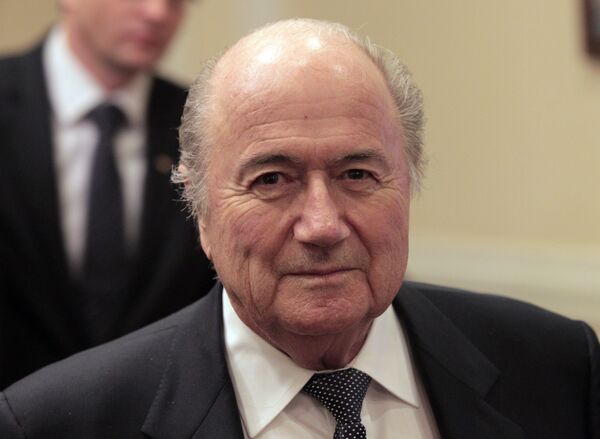 “We are definitely holding the World Cup in Russia. We have confidence in the organizers of the 2018 and 2022 World Cups,” Blatter was quoted as saying by Spiegel Online.

The FIFA president’s remarks come in light of the new set of sanctions currently being developed by the European Commission that may affect sporting events among other spheres.

New sanctions may also include more restrictive measures on technology exports for oil industry, the expansion of the export ban on certain goods of military and civilian use, the ban of syndicated EU loans to Russian state-owned banks and institutions, and other measures.

The European Commission is expected to prepare the final draft of new sanctions against Moscow by Wednesday, and the EU leaders are to take the final decision on the sanctions implementation by Friday.