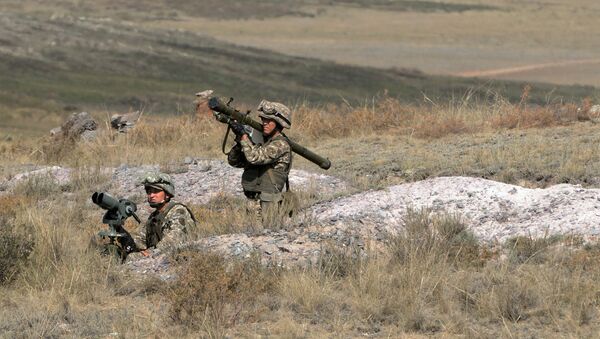 "During this week, the radar troops from Leningrad, Murmansk and Arkhangelsk regions, as well as from the Republic of Karelia, will perform tasks for the protection and defense of the command posts of antiaircraft defense units in the Western Military District. They will also practice in launching missiles at air targets. Each target will simulate the aircraft and small-sized aerial targets of a conventional enemy, leading aerial reconnaissance and inflicting air strikes on ground targets," Col. Oleg Kochetkov said.

The specialists are to practice both during the day and at night, using 9K38 Igla MANPADS. Altogether during the practical training, the troops must hit more than 20 unmanned aerial vehicles (UAVs) from an imaginary enemy. The drill is to last for the next ten days, Kochetkov said.

The Igla MANPADS is designed to down low-flying aircraft and helicopters, as well as modern UAVs under thermal noise conditions.