Russian Troops to Study Drone Use in Armenia 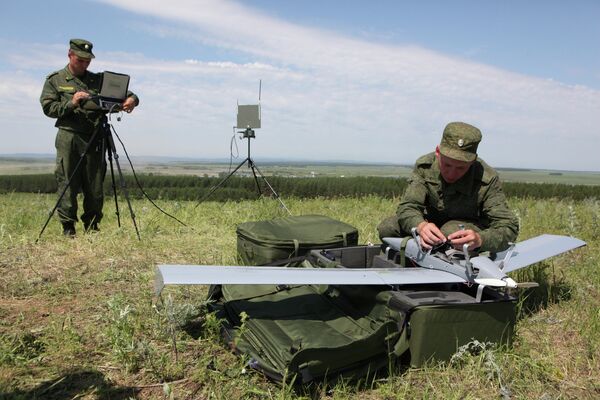 The exercises have started at Kamhud and Alagyaz alpine training centers in Armenia.

“A feature of field training is instructing personnel on how to carry out take-off, in-flight control and landing of the advanced “Navodchik-2,” “Forpost,” “Orlan-10” and “Zastava” UAVs [Unmanned Aerial Vehicles] in a mountainous area at over 1,500 meters [0.93 miles] above sea level,” the release says.

The press release also noted that drones are used in the interests of reconnaissance during tactical maneuvers and long marches. The units using UAVs are staffed with professional service personnel trained in specialized centers.

Located in the Armenian city of Gyumri, Russia’s 102nd military base is part of a Commonwealth of Independent States (CIS) joint air defense system. On August 2010, Russia and Armenia extended the contract for the military base until 2044, with an extension of its strategic responsibility also possible. The base is equipped with S-300 (SA-21) “Grumble” surface-to-air missile systems and Mikoyan MiG-29 “Fulcrum” fighter aircraft.