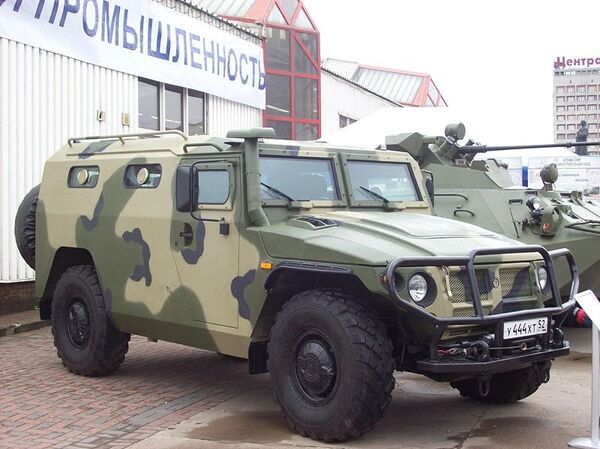 “The Defense Ministry has demanded to urgently create this vehicle. They have come up with the basic design directives. The hardware’s task is to provide covering fire for the units marching in the near zone of the contact with an adversary. The vehicle deploys for action within five minutes,” Rubin’s representative said.

He added that the vehicle has its own reconnaissance assets and is capable of autonomous work. Along with this, target assignment takes no longer than one second. The hardware can work at temperatures from minus 50 to 60 degrees Celsius (minus 58 to 132 degrees Fahrenheit).

“This is an independently developed prototype. We are currently in talks over its trials with the Defense Ministry, in the follow-up of which we will decide whether to launch a series line production. It [the module] is exhibited for the first time, and it has no analogues in Russia today,” the source said.

Previously, Russian troops armed with man-portable air defense systems have not had a command and target indication vehicle available, acting autonomously. The introduction of such hardware allows the troops to receive more precise target data.

“We are trying to stick to the policy of using purely Russian components, in the context of the latest sanctions introduced against our country,” added the enterprise’s officer.

Rubin’s representative stressed that the development was carried out in a timely manner, starting in mid-2013 and delivering a prototype in May 2014. The vehicle was presented to the Defense Ministry at a command post rehearsal at the 76th Guards Air Assault Division based in Pskov, receiving a few suggestions on improving its construction and capability.