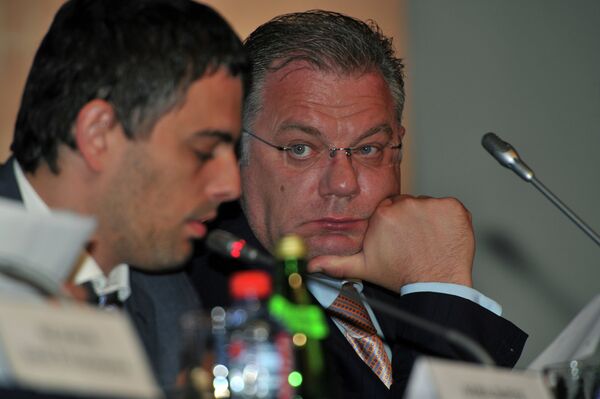 “Rostec subsidiaries will have a round of talks concerning the military cooperation with foreign partners,” Shugaev said.

Shugaev pointed out that Russian military hardware and weaponry is in high demand around the world, with Russia being the second-largest weapons exporter globally.

Rostec, as one of the organizers of Oboronexpo 2014, will present several of its own projects. The event will showcase a new medical unit for the Ka-226T multirole helicopter which includes intensive treatment equipment that allows for the provision of comprehensive medical aid on board during flight, and will exhibit electronic reconnaissance and warfare systems, advanced air defense systems, multi-purpose patrol and monitoring robotic complex, and an autonomous vehicle able to operate up to 180 days underwater.

One of the major exhibits will be GALAXY, a 4D trajectory-based air traffic management system that is the first of its kind in the world.

Oboronexpo 2014 is taking place from August 13 to 17 in Zhukovsky, Moscow Region. The trade show will see major industry companies in attendance and will provide an opportunity for discussions and cooperation among industry players. The participants of the expo include 250 Russian firms and 11 foreign companies from Algeria, Armenia, Belarus, Germany, India, China, the United States, France, the Czech Republic and Switzerland .