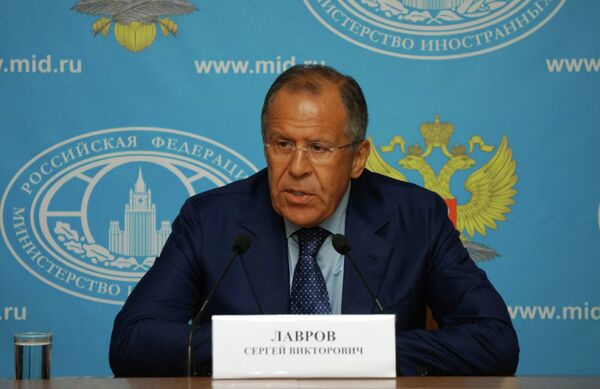 © The Russian Foreign Ministry
/
Go to the mediabank
Subscribe

“It will be Russia’s contribution into supporting the Kyrgyz economy so that it joined the Eurasian economic integration processes with maximum comfort,” Lavrov told journalists in Sochi following the results of the meeting between Russian President Vladimir Putin and his Kyrgyz counterpart Almazbek Atambayev.

Lavrov also stressed that the two countries had confirmed their plans in the sphere of military and technical cooperation within the framework of the Collective Security Treaty Organization.

The EAU would create a single economic market of 170 million people, potentially a new powerful center of economic development.

Following the agreement between Russia, Belarus and Kazakhstan, the Kyrgyz president said that his country was planning to join the Eurasian Economic Union by the end of the year. Moscow and Bishkek have agreed to create a fund aimed at helping Kyrgyzstan integrate into the Customs Union, according to Atambayev.