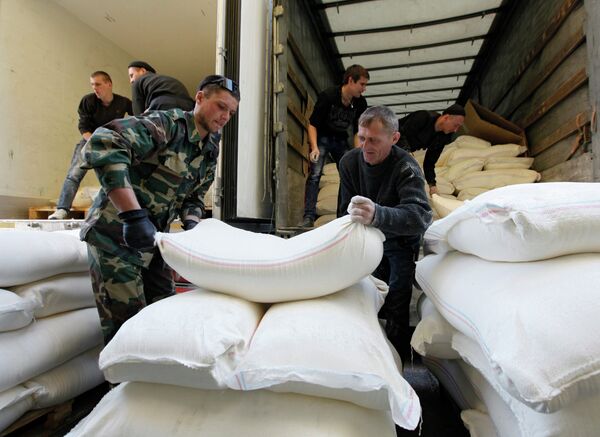 “There is so far no reaction [from Ukraine] concerning the humanitarian aid. The assistance we are currently rendering is aimed at refugees that are already on Russian territory,” Artamonov said.

Kiev officials have been conducting a military operation targeting Luhansk and Donetsk regions, which refused to recognize the legitimacy of the new government and chose to pursue independence.

The operation, which claimed the lives of more than 1,000 civilians, according to recent UN estimates, has also forced many citizens to flee their homes and cross into neighboring Russia in search of shelter. Many of those who stayed are now trapped in the combat zone.

Late in July, the prime minister of the self-proclaimed Luhansk People’s Republic said the LPR is facing a humanitarian crisis.

Meanwhile, it was earlier reported that Kiev had officially rejected the humanitarian aid proposed by Russia for the crisis-hit southeastern regions.

The Russian Foreign Ministry also said that Russia was ready to take an active role in the humanitarian mission for southeastern Ukraine’s humanitarian crisis.