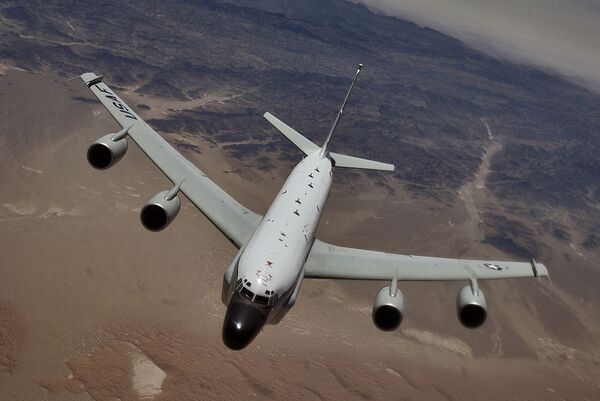 US military officials have confirmed the US spy jet had, in fact, invaded Swedish airspace without permission while trying to flee from the chasing Russian fighter jet.

MOSCOW, August 4 (RIA Novosti) -US military officials have confirmed the US spy jet had, in fact, invaded Swedish airspace without permission while trying to flee from the chasing Russian fighter jet.

The incident, which happened in mid-July, was reported by the Swedish newspaper Svenska Dagbladet (SvD) on July 30, 2014, after a classified document from Sweden’s Defense Ministry was leaked to the press.

The report suggested that the jet was “a foreign military or government aircraft, which flew a whole of 113 nautical miles (210 kilometers) through Swedish airspace, after being denied entry”.

It passed from the east over the island of Gotland in the Baltic Sea and flew over 90 minutes before leaving.

On the following weekend, a US military official told CNN it was the US RC-135 Rivet Joint plane conducting an electronic eavesdropping mission on the Russian military. But it was detected by a radar station and Russia sent a fighter jet to intercept it.

The Russian jet took off from the naval air base in the Kalinigrad region and caught up with the American reconnaissance plane. The US military official said the US plane crew decided to leave the area as quickly as possible. The shortest path was through Swedish airspace. The US official admitted it was done without Swedish military approval.