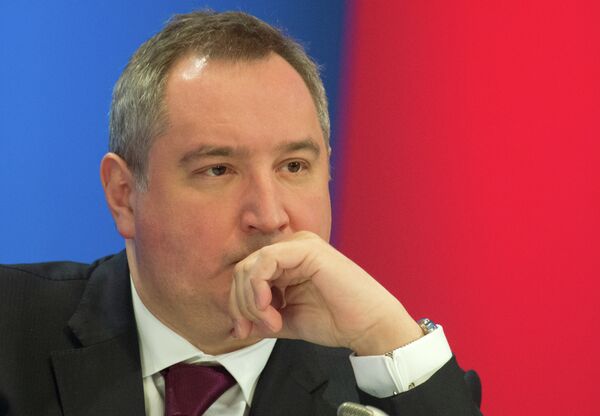 “Sanctions, imposed against Russia, should be met with an appropriate response. The response is very simple – we should finally emphasize the development of our own industry and implement full import substitution to become completely independent in the context of unprecedented pressure on our country,” Rogozin said at a Government Marine Board session.

According to reports earlier on Monday, the German government canceled a joint project between Russia’s Defense Ministry and German defense equipment manufacturer Rheinmetall on building the Mulino combat training facility in Russia’s Western Military District. The move came amid the introduction of new sanctions against Russia by Western countries.

The United States and the European Union have already imposed targeted sanctions against a number of Russian officials and companies, accusing Russia of meddling in Ukraine’s internal affairs. The list of sanctions targets has been growing since Crimea reunited with Russia in March.