Moral Terror: How Critics of Western MH17 Coverage Are Bullied Into Silence 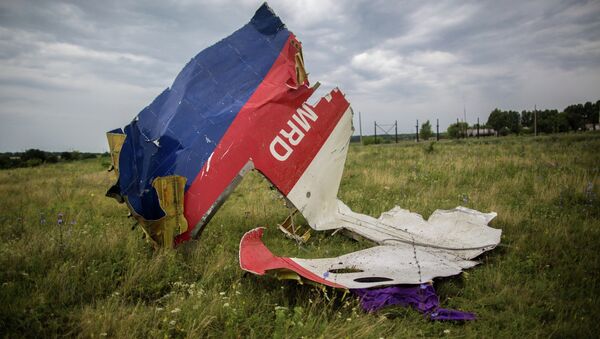 Dmitry Babich
All materials
The hasty attempts by president Barak Obama, prime minister David Cameron and some of the leaders of the EU member countries to declare Russia guilty of the crash of the flight MH-17 (with anti-Poroshenko insurgents in Eastern Ukraine presented as mere “pawns of Kremlin”) was obvious.

The hasty attempts by president Barak Obama, prime minister David Cameron and some of the leaders of the EU member countries to declare Russia guilty of the crash of the flight MH-17 (with anti-Poroshenko insurgents in Eastern Ukraine presented as mere “pawns of Kremlin”) was obvious. In fact, the verdict (with Obama making undocumented accusations and the American representative at the UN calling the insurgents “armed thugs” and “criminals”) was passed by the US and the UK not only before trial, but even before the evidence was collected. All the doubting voices (former US presidential candidate Ron Paul, journalists Robert Parry and Daniel McAdams, etc.) were subjected in the mainstream media of the West to scathing critique, which looks more and more like moral terror now.

The haste with which Obama put the “burden” (his own word) of proving its own innocence on Russia, adding that Russia has “urged on, trained and armed with military equipment and weapons” the people who, in Mr. Obama’s opinion, downed the plane could not avoid puzzling a lot of observers with elementary legal skills. In a civilized court, a suspect does not carry any “burdens”, the “burden” of proving the guilt of a suspect is on the accusing side. It is strange that lawyers Obama and Kerry do not understand it. Ron Paul in his article on the website of his institute simply asked that simple question – can’t Obama and Kerry wait with their verdicts until the investigation is concluded?

The response was the same as usual – moral terror. An article in America’s “The National Journal” was headlined “Ron Paul Is Putin’s New Best Friend.”

In another article, Ron Paul was called “mad” for parodying Obama’s stance on the disaster: “It had to be Russia, it had to be Putin!” The usual array of accusations was used: that Ron Paul is fond of conspiracy theories, that he wants to make political gains from his “friendship” with Putin, etc.

At a traditional weekly live discussion on the waves of the Voice of Russia radio station,  Paul Craig Roberts from the Institute for Political Economy (USA) and

Marcus Papadopoulos, the editor of the Politics First magazine (UK) tried to make present a sort of “anatomy of moral terror” against the dissenting voices in the Western media. “When it comes to foreign policy, British media follows the line of the foreign office, and so does the American one with the line of the department of state,” says Marcus Popadopoulos. “The West prides itself on having free press. But take any recent major crisis around the world: Libya, Syria, Iraq – the British mainstream media followed the line of the British government. And it is not a coincidence.  It is a demonstration that the media has become part of the policy-making mechanism in Britain.”

But why should the American and British governments want a speedy “guilty” verdict for Russia? The answer is simple – it wants power and influence via the new civil war-waging government in Kiev. This answer was given not only in Ron Paul’s other column “What Does the US Government Want in Ukraine?”

A world-known researcher of Russia’s history Stephen F. Cohen, a professor of several American universities noted “deafening silence” of US officials about the bombings of East Ukrainian cities by Ukraine’s own new government. What is especially interesting is that we don’t hear anything about these bombings, tank attacks and landmines – we DON’T hear anything from the same people in the US and the EU establishment, who were terrified by the use of live bullets in Kiev on the final day of the violent Maidan protests (the investigation into who actually used these bullets is still pending). For this, professor Cohen got his share of moral terror – he was called “Putin’s American toady” by some young Russo-American “intellectual” Julia Ioffe.

“These insults do not surprise me,” says Paul Craig Roberts on Voice of Russia’s Live Discussion Panel. “Since the last years of Clinton’s administration, American media is run by several big corporations. The owners of these corporations know that they can’t go against the government: if they don’t toe the line, they can be denied federal broadcast licenses. Meanwhile, reporters know that jobs in the US are now hard to come by, so they do what the managers tell them. And these managers are not even journalists. They are corporate advertising clerks, who don’t care about the truth as long as their position is secure. Hence the moral terror.”

Indeed, the almost indecent pause which followed the initial array of accusations against Russia when the black boxes were finally obtained – this pause leaves many questions unanswered. Who will bear the responsibility for the gross calumny, if the accusations of, say, British tabloids running headlines about “Putin’s missile” are not confirmed?

“This is not the first case,” Marcus Papadopoulos of Politics First cautions. “We all remember stories in the mainstream press about 500.000 Kosovo Albanians purportedly slaughtered by Serbs in 1999, about thousands of Libyans allegedly killed by Qaddafi’s forces in 2011, etc. None of these stories revealed itself to be true. But no one took the trouble to find and punish the initial liars. There is complete impunity in the Western propaganda machine called the free media.”