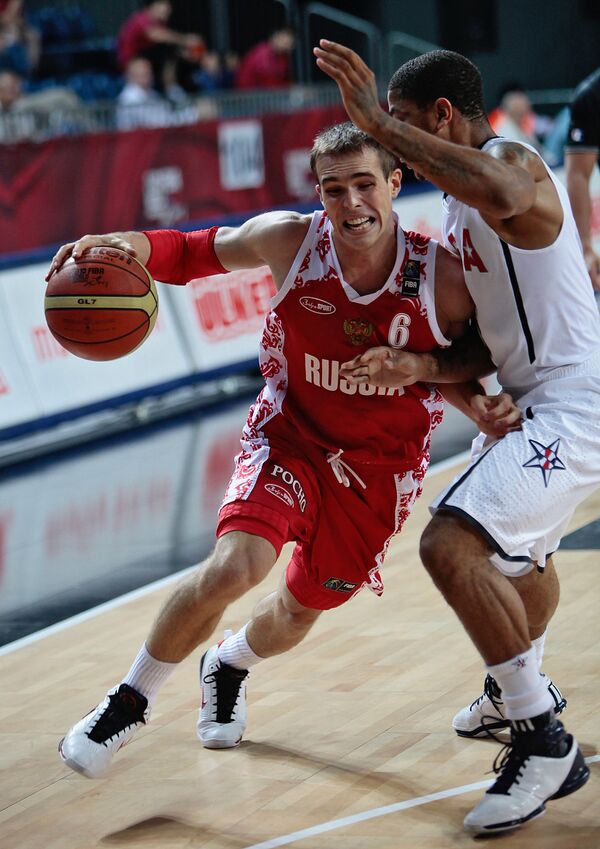 Young Russian basketball players are stronger and more talented than their Italian counterparts, the Russian national basketball team manager Dmitri Domani said in an interview to the “R-sport” agency on Monday.

“Their [Italian] young players are also fast and ambitious, but our players are much better. I believe in our boys. During practices, they show great discipline and attitude. Every player who came here is doing all he can,” Domani said.

Russian national basketball team will play against Italian team in the qualification round for the FIBA EuroBasket 2015 tournament. Qualification will take place from August 10 until August 27.

Switzerland will be the third team to play in Russia’s qualification group.

“Switzerland is not a surprise. They have American players in their team, so they show fast, American basketball. Everything will depend on our players, on their focus. We have a potential, players are practicing hard, fighting for a place. I am sure, everything is going to be fine,” Domani said.

In the qualification round, 26 teams have been drawn into five groups of four teams and two more groups of three teams. The first team in each group and the six best second place teams will qualify for the EuroBasket championship.

In 2015, 24 teams will fight for a prestigious FIBA trophy. 39th Championship was supposed to take place in Ukraine, but due to unstable situation in the country, the International Basketball Federation decided to change the host country. A final decision on a place to host the championship will be made on September 30.