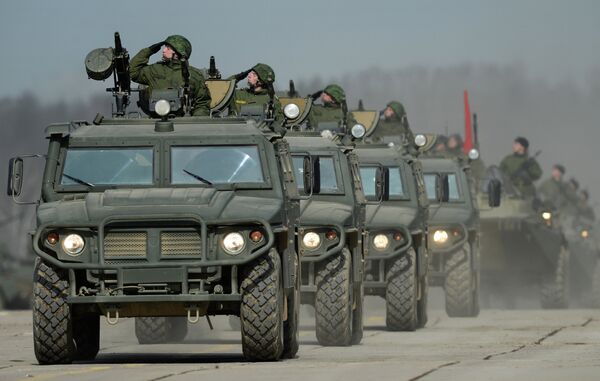 "Tolyatti Special Forces will receive ten new armored SPM-2 GAZ-233036 ‘Tigers’. In accordance with the 2011-2020 state arms procurement program, the vehicles will be delivered by the end of 2014," Col. Roschupkin said.

Earlier this year, Col. Roschupkin reported that the CMD was to receive 24 "Tigers" by the end of 2014.

The SPM-2 GAZ-233036 “Tiger” is a high-mobility multipurpose military vehicle manufactured by MIC, a GAZ Group division, at the Arzamas machine-manufacturing plant.

It has a maximum speed of 150 kilometers per hour and can carry up to nine personnel or 1.2 tons of cargo.