Russia to Hold Military Drills in Response to Ukraine Crackdown 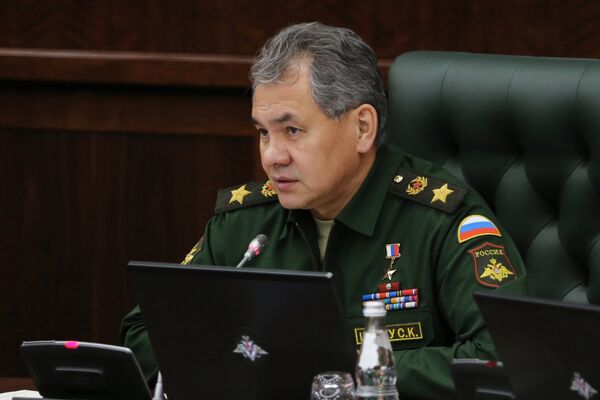 © RIA Novosti . Vadim Savitsky
/
Go to the photo bank
Subscribe
Russian Defense Minister Sergei Shoigu announced Thursday that Russia will conduct military drills in response to the developing situation in Ukraine’s southeast, where a special operation has targeted the country’s own citizens.

MOSCOW, April 24 (RIA Novosti) – Russian Defense Minister Sergei Shoigu announced Thursday that Russia will conduct military drills in response to the developing situation in Ukraine’s southeast, where a special operation has targeted the country’s own citizens.

“We are forced to react to such a development in the situation,” Shoigu said.

“Starting today, exercises of battalion tactical groups from the Southern and Western military districts will begin near the borders with Ukraine,” he said.

Shoigu also added that “aircraft will do fly-bys close to the state border.”

Earlier Thursday, Russian President Vladimir Putin said that if Kiev has actually deployed its army in the eastern Ukrainian city of Slaviansk, then that is a serious crime against its own people.

A gunfight broke out between unidentified gunmen and local federalists near the eastern Ukrainian city of Slaviansk on Thursday. At least five people were killed as result of the crackdown.