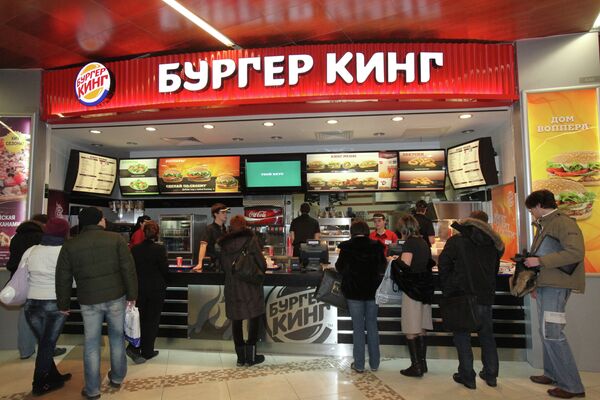 Fast-food giant Burger King has announced plans to open new restaurants in Russia, including in the country’s new region of Crimea, a week after its long-term rival McDonald’s suspended operations on the Black Sea peninsula, Russian media reports said Wednesday.

McDonald’s subsidiary in Ukraine said last week that it would close three restaurants in Simferopol, Sevastopol and Yalta for “operational reasons.” A spokesperson for the giant said there was no political reason behind the move to leave the region, which reunified with Russia following a referendum in mid-March.

“We are planning entry to Crimea, but I cannot say when this will happen,” Medovy said, without providing further details. There are currently no Burger King restaurants in Crimea, home to some 2 million people.

Medovy said Burger King has entered an “active phase” of searching for new restaurants in the country. The company opened its 200th Russian restaurant in Novosibirsk and plans to launch its first restaurant in the Far East later this year.

Ukraine was the 102nd external market for McDonald’s. The first outlet of the chain opened in Kiev in May 1997, and the company now has 79 restaurants in 23 cities across Ukraine.