Russian Astronaut Misurkin Dreams of Going to the Moon, Mars 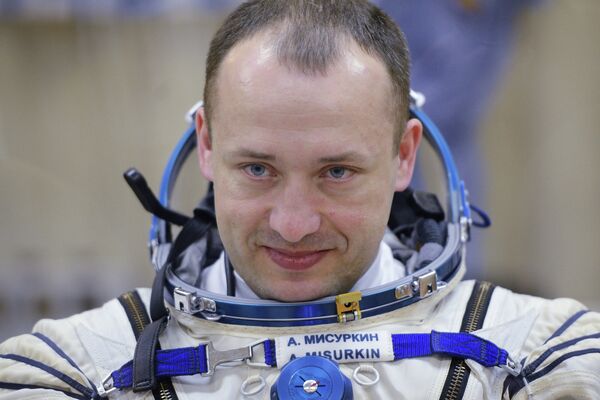 A Russian astronaut Alexander Misurkin thinks humankind should not stop at the exploration of near-Earth space but rather go further in the universe, the explorer told RIA Novosti Tuesday.

MEXICO CITY, April 8 (RIA Novosti) – A Russian astronaut Alexander Misurkin thinks humankind should not stop at the exploration of near-Earth space but rather go further in the universe, the explorer told RIA Novosti Tuesday.

“I think, we shouldn’t limit ourselves to exploring the Earth’s orbit. I, personally, would be interested in going to the outer space, exploring the asteroids, the Moon, and Mars. It’s a natural development for me, we have no right to stop at the orbit of our planet,” Misurkin said.

Misurkin was part of the international space station crew coming back to Earth in September 2013. The astronauts carried out 45 scientific research tasks in the 166 days they spent on board of the station. Misurkin and Fyodor Yurchikhin went into open space working there for 7,5 hours hitting record time for a Russian-made spacesuit.

“Coming back to the orbit is a logical development, because astronaut training is extremely expensive for just one flight,” he said expressing his willingness to participate in another space expedition.

Misurkin thinks that US sanctions on Russia can deal a heavy blow to space cooperation.

“I am more than sure that great achievements in space require collaborative work, there is no alternative here. I really hope this doesn’t happen and we continue cooperation all the while involving more and more countries in it,” the astronaut said.

NASA's decision to suspend the majority of space cooperation projects with Russia in light of the geopolitical tensions around Ukraine was accepted not only with bewilderment among Russian space experts but also drew criticism inside the US space agency as well.