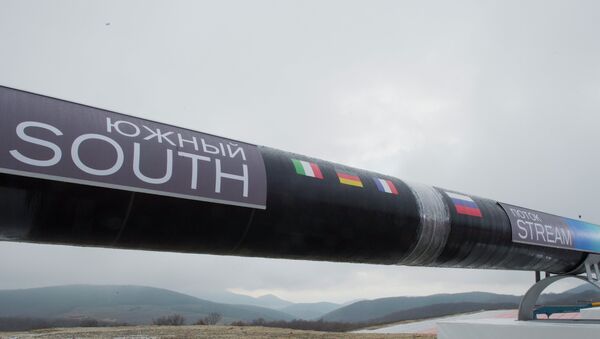 Gazprom said the German electronics concern was to supply the project with telecom technology and automated control systems for the pipeline sections to be built underwater near the Bulgarian and Russian coastlines, as well as for control rooms at the South Stream Transport company.

South Steam's offshore leg will comprise four parallel pipelines that will run across the bed of the Black Sea. Each pipeline will be over 930 kilometers (575 miles) long and have a capacity of up to 40 million cubic meters of natural gas per day. Gas flows will be monitored and controlled around the clock by South Stream Transport.

The South Stream pipeline, expected to come online in 2018, is currently under construction by Stream Transport B.V., with Gazprom holding 50 percent of its shares. The Italian Eni company accounts for an additional 20 percent, with Germany's Wintershall and France's EDF holding 15 percent each.

The tender for the first of the four offshore pipelines was awarded in March to Italy's Saipem S.p.A., a subsidiary of energy giant Eni. South Stream Transport said it had already signed a contract for the delivery of some 150,000 pipe segments.

South Stream is a Russian-initiated gas pipeline project that will transport Russian natural gas across the Black Sea to Bulgaria and farther to EU countries, bypassing Ukraine.