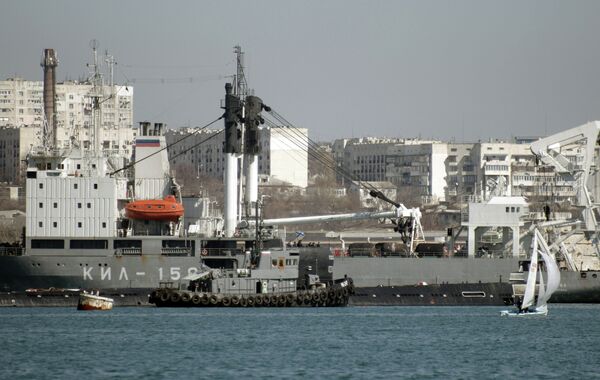 The St.Andrew's flag of the Russian Navy was raised on Ukraine's only submarine, the Zaporizhzhia, on Saturday.

SEVASTOPOL, March 22 (RIA Novosti) - The St.Andrew's flag of the Russian Navy was raised on Ukraine's only submarine, the Zaporizhzhia, on Saturday.

The Zaporizhzhia, commissioned in 1970, will join the Russian Black Sea Fleet, which previously had three submarines.

Captain 1st Rank Anatoly Varochkin, the commander of the Black Sea Fleet's submarine flotilla, told RIA Novosti that half of the Zaporizhzhia's crew, including the captain, refused to serve in the Russian Navy and left the vessel.

"Half of the submarine's crew is ready to serve [Russia] and fulfill their tasks. They know their vessel and will continue service," Varochkin said adding that the submarine was in a poor technical condition.

The submarine will be relocated to Yuzhnaya Bay where the Russian Black Sea is based.

A total of 72 military units in Crimea hoisted Russian flags earlier this week and applied to join the Russian armed forces.

Russian President Vladimir Putin signed a decree on Friday to ratify the treaty providing for the reunification of the Crimean Peninsula with Russia.