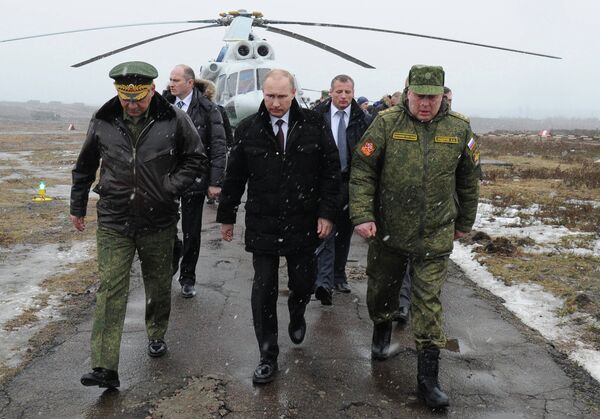 The exercises, part of a combat readiness test ordered by President Vladimir Putin last week, come amid a growing international crisis as evidence mounts that Russian troops have been deployed across Ukraine’s Crimea peninsula.

Putin visited the Kirillovsky training ground near St. Petersburg Monday afternoon to personally oversee the final stage of the snap check involving an airdrop mission by paratroopers. But the mission had to be cancelled because of a blizzard.

A spokesman for the Western Military District, which borders Ukraine, said that a broad range of weapons systems, including ground troops, tanks, and naval artillery and air defense missiles, took part in the Baltic Fleet exercises.

Defense Minister Sergei Shoigu earlier said the snap inspections of more than 150,000 troops of western and northern military units were not connected with events in Ukraine. The drills were scheduled to end Monday.

Updates with info about Putin’s visit