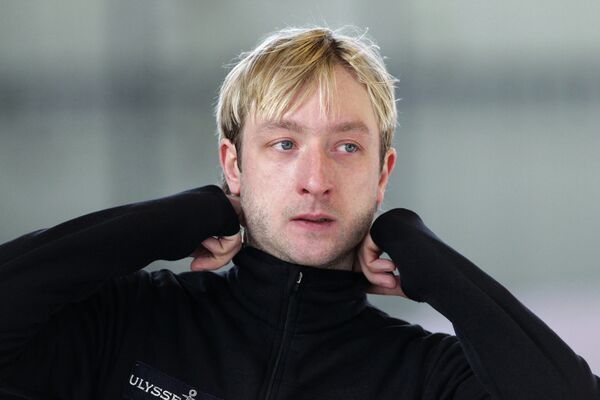 Doctors are to begin back surgery on figure skater Yevgeny Plushenko after he withdrew from the Sochi Winter Games with a spinal injury, the two-time Olympic champion said.

MOSCOW, March 3 (R-Sport) – Doctors are to begin back surgery on figure skater Yevgeny Plushenko after he withdrew from the Sochi Winter Games with a spinal injury, the two-time Olympic champion said Monday.

Plushenko won his second career Olympic gold medal with Russia in the inaugural team event last month, but then dramatically withdrew from the individual competition after aggravating an old problem minutes before he was due to skate.

According to state-owned Channel One television, a screw in Plushenko’s back that supported an artificial intervertebral disc broke following an attempted triple axel jump in the warm-up.

The operation is to take place in Israel, while the recovery process is expected to take at least six months.

Plushenko’s last-minute pullout caused a firestorm of controversy in his home nation. Concerns were high before the Games that his fitness – in doubt due to 12 operations on his back and knee in the last few years – wouldn't allow him to skate four programs in eight days. Many were lobbying for 18-year-old Maxim Kovtun to go in his place after he beat Plushenko in the Russian nationals.

Last month, Plushenko backtracked on an earlier statement he would retire, saying he may try to reach the next Winter Games in Pyeongchang, when he would be 35 years of age, far older than any current elite-level skater.