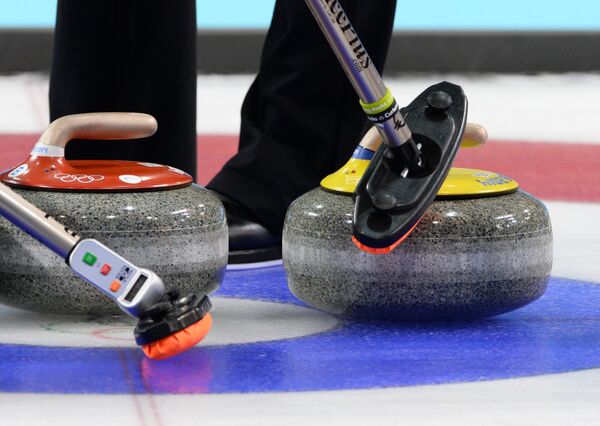 © RIA Novosti . Alexei Danichev
/
Go to the photo bank
Subscribe
Canada women's curling team won its fifth-straight match on Thursday to close in on a place in the Sochi Olympic playoffs.

SOCHI, February 13 (R-Sport) — Canada women's curling team won its fifth-straight match on Thursday to close in on a place in the Sochi Olympic playoffs.

Having dispatched Denmark 8-5 in the morning session, the 2010 silver medalist defeated Switzerland by the same score in the evening at the Ice Cube Curling Center

Canada remains the only unbeaten team, with four games remaining.

"I mean, the whole round-robin is to get yourselves in the playoffs and so we're in a good position now," Canada's skip Jennifer Jones said. "We still have a couple more wins that we need to get there."

By contrast, the host nation's hopes of a first Olympic medal continue to crumble with a third straight defeat. This time, Anna Sidorova's team fell to Korea 8-4 and now needs victories - plus good results elsewhere - to avoid elimination. Russia is still to face all the main favorites in the remaining games.

The Olympic curling tournament features a round robin where everyone plays everyone else and the top four teams in the final standings progress to the playoffs.

The gold medal game is February 20.