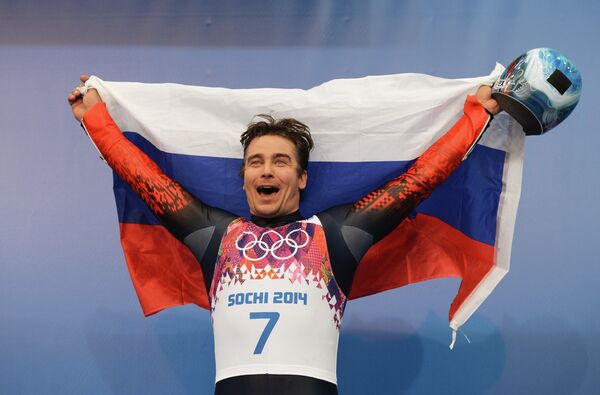 Russian luge star Albert Demchenko is to retire after the Sochi Olympics, the sport's national federation announced Thursday, an hour after the 42-year-old collected a second silver medal at his record seventh Winter Games.

Demchenko goes out having fallen agonisingly short of the gold medal at all of his record tally of seven Winter Olympics and several world championships: As in Sochi, he came runner-up in the men's singles in 2006, and also claimed two silvers at the 2012 worlds.

By winning Sochi silver behind German legend Felix Loch, Demchenko became the oldest-ever medalist in an individual event at the Winter Olympics. He was part of the Russian team to clinch the silver, also behind Loch and the Germans, in the new team relay event on Thursday.

"Albert will finish his sporting career with these Olympics," Russian Luge Federation president Natalia Gart told R-Sport. Gart added that she hoped Demchenko would stay on as a coach.

Demchenko will be the second Russian winter sports athlete to retire, doing so just hours after figure skater Evgeny Plushenko pulled out of the men's short program to announce the end of his career.