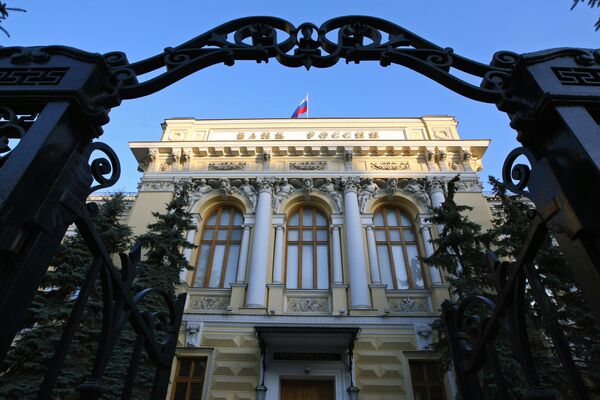 The growth of unsecured retail lending in Russia is slowing sharply, underlining weak performance in a consumer sector that many have hoped could in future wean the country’s economy off excess reliance on oil and mineral exports.

MOSCOW, February 4 (RIA Novosti) – The growth of unsecured retail lending in Russia is slowing sharply, underlining weak performance in a consumer sector that many have hoped could in future wean the country’s economy off excess reliance on oil and mineral exports.

The pace of growth has slowed throughout the year. In September, the rate was 37.3 percent, down from 60 percent a year earlier, according to an October report in Vedomosti business daily.

The unsecured lending market, which includes cash loans, credit cards and loans provided with the purchase of goods, was worth 6.39 trillion rubles ($182 billion) in Russia in 2013, Kommersant reported.

The cooling of the unsecured lending sector has been driven by weakness in the once booming consumer sector as a whole.

The optimism that led investment bank Sberbank CIB to claim last year that the sector was responsible for 80 percent of Russia’s economic growth since 2004 has dulled.

Economic Development Minister Alexei Ulyukayev struck a cautious note last month at the World Economic Forum in Davos. The pace of lending to households was slowing and consumer demand was also likely to fall back, “but not profoundly,” he said, Bloomberg news agency reported.

Retail sales growth in Russia fell to 3.9 percent in 2013, down from 6.3 percent a year earlier, the State Statistics Service said last week.

Economy expansion fell to 1.3 percent last year, the lowest rate since the recession of 2009 and far below the levels of growth recorded during Vladimir Putin’s first two terms as president. Officials warn that Russia may be facing a long period of economic stagnation.

One bellwether for the consumer sector, telecommunications provider MTS, said Monday that it was cutting back its sales growth forecasts over the next three to five years over worries linked to rising costs of consumer credit and falling incomes.

The actions of the central bank have also weighed on consumer lending.

Chairwoman Elvira Nabiullina has used her appointment to the regulator in June to spearhead a drive to crack down on shadow banking activity. The central bank has also taken measures to cap more risky forms of unsecured lending, in particular loans provided at the cash register when buying goods.

The central bank expects further weakening in the sector.

The regulator’s deputy chairman, Mikhail Sukhov, said last month retail lending was expected to slow in 2014 to a growth rate of about 25 percent.