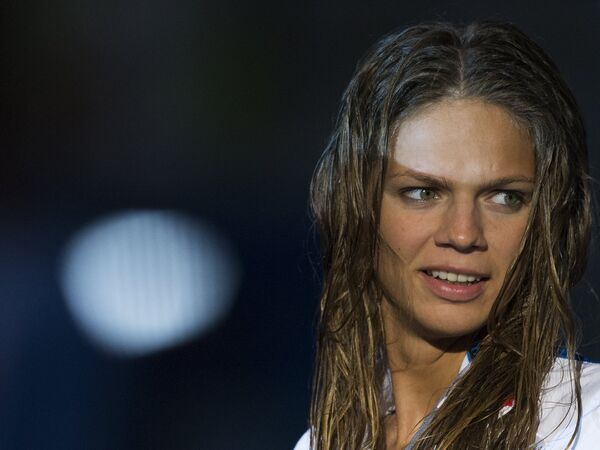 Efimova, 21, failed an out-of-competition test in October, a month after winning two world championship gold medals, according to the Vedomosti newspaper, but Sports Minister Vitaly Mutko told R-Sport that the information should be treated with caution.

Her alleged positive test for DHEA, a prescription steroid banned in professional sports, came four weeks after she won world gold in the 50-meter and 200-meter breaststroke long course in Barcelona. Since those results came before the alleged positive, she looks set to keep those medals.

If confirmed, Efimova, last month named Russia’s swimmer of the year, will be the fourth member of the Russian swim team from London 2012 to fail a doping test since the Games. The others are Ksenia Moskvina, Yekaterina Andreyeva and Natalya Lovtsova.

Mutko slammed Vedomosti for the report, which he called “a premature statement and completely wrong, without reflecting the facts,” appearing to suggest the issue could be related to legitimate medication.

“This sort of information should come out after a decision by the responsible disciplinary bodies,” he said. “In high-level sport there are always many problems related to health, the treating of athletes, the application. There can be some kind of nuances in every athlete's life.”

As sports minister, Mutko is the official ultimately in charge of Russian national teams in almost all sports.

The Russian Swimming Federation said that it had not received any official documentation about the alleged positive test and that it was trying to establish what had happened. No positive test happened in Russia, but it could have taken place in the US, where Efimova is based, spokesman Viktor Avidenko said.

Efimova likely has the opportunity to challenge any positive findings with her “B” sample, which are usually taken along with the “A” samples but only tested if the athletes contest the results.

Any failed tests this close to the February 7-23 Winter Games is a blow to Russian sporting prestige. The International Olympic Committee has said the Sochi Games would be the “most stringent” in Winter Olympics history.

IOC president Thomas Bach warned that the Games will see 1,269 pre-competition tests of athletes, with 2,453 tests in all.

That’s an increase of 14 percent on the number of tests done at the last Winter Games in Vancouver in 2010, Bach said.