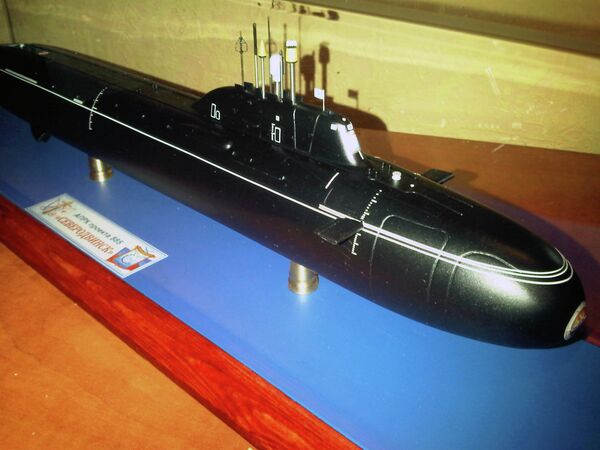 The submarine, designated as Graney-class by NATO, had been under construction at the Sevmash shipyard in northern Russia since 1993.

“The delivery acceptance certificate for the first Yasen was signed at Sevmash on December 30,” the source said.

The Severodvinsk is one of eight Yasen-class attack boats ordered by the Russian navy. The second and third subs of the series, the Kazan and the Novosibirsk, are being built under the updated Project 885M Yasen-M design.

Meanwhile, the Northern Fleet said Monday that the Smolensk, a Project 949A (Oscar II-class) nuclear-powered attack submarine, had rejoined the fleet after two years of repairs and upgrading at the Zvyozdochka shipyard in northern Russia.

Another Oscar II-class attack submarine, the Voronezh, returned to the Northern Fleet in November 2011 after a similar overhaul.