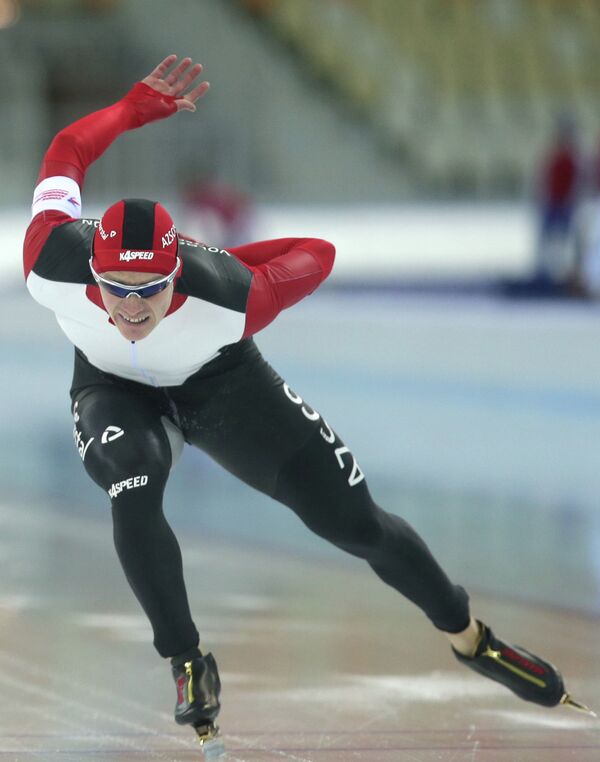 MOSCOW, November 30 (R-Sport) – Russian long track speedskater Artyom Kuznetsov claimed his first World Cup victory on Saturday, winning the 500m at the third stage of the season by the narrowest of margins.

The 25-year-old skater clocked 34.85 seconds at the Alau Ice Palace in the Kazakh capital of Astana, beating his fellow Russian Dmitry Lobkov by just 0.01 seconds.

It was the first 500m podium for Russian skaters since March 2011, raising domestic hopes at their home Winter Olympic Games in Sochi next February.

"I can hardly believe what has happened," Kuznetsov told R-Sport. "The one thing is clear: that we did everything right. If I managed to reach this result today, then we are on the right path to Sochi."

The season distance leader, Ronald Mulder of the Netherlands, finished third, another hundredth of a second back. In the overall standings, Mulder stretched his lead over second-placed Mo Tae-Bum of South Korea to 107 points, while Kuznetsov rose to sixth.

The Russians claimed a podium in the women’s event, as the world bronze medalist Olga Fatkulina was third.

The first two places went to Vancouver champion Sang-Hwa Lee, who has now won all six races this season, and Germany’s Jenny Wolf, who took silver for the fourth time. The Korean speedskater was slower than in Friday’s competition, but still won with a comfortable margin of 0.34 seconds.

"It's possible to compete with Wolf and I like it," Fatkulina told R-Sport. "But Sang-Hwa Lee is way stronger than anyone, not just me. There is no competition against her."