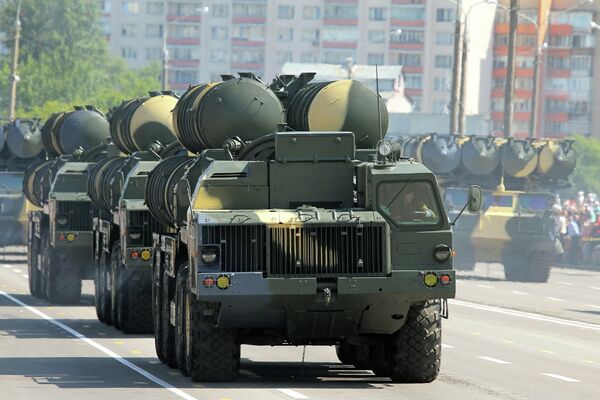 “Such cooperation greatly enhances the defense potential of Russia and its partners, and contributes to strengthening peace and stability in Eurasia,” Putin said at a meeting with senior commanding officers in Moscow.

Moscow and Minsk signed an agreement on the joint protection of the Russia-Belarus Union State's airspace and the creation of an integrated regional air defense network in February 2009.

Russian Defense Minister Sergei Shoigu said in April that a number of Su-27SM3 fighter jets will be put on alert duty at the Lida airbase in Belarus. Russia will also deliver four battalions of S-300 surface-to-air missiles to Belarus next year in addition to Tor-M2 air defense batteries earlier deployed in the country.

A similar deal with Armenia has been in the works for some time, and Moscow will help Yerevan to expand and modernize its relatively small air force, according to CSTO officials.