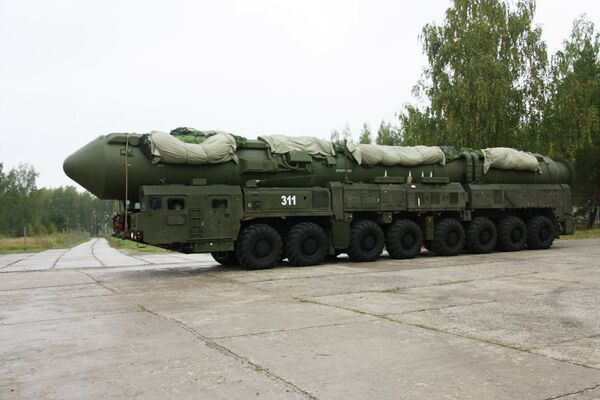 “We are facing an important task – to preserve the balance of the strategic deterrence system, which makes the maintenance and timely re-equipment of the strategic nuclear forces a key area of military development,” Shoigu said.

The SMF has so far fully equipped two regiments of the Teikovo Missile Division in central Russia with Yars systems.

The two regiments consist of a total of 18 missile systems and several mobile command posts, according to the Defense Ministry.

Shoigu did not say where the new missiles will be deployed, but mentioned that they will be first tested in the Novosibirsk Missile Division, based in Siberia.

According to plans announced earlier by the Defense Ministry, the Novosibirsk division is expected to receive mobile Yars systems, while the Kozelsk division in central Russia will be armed with the silo-based version of the system.

The Yars missile system is armed with the RS-24 intercontinental ballistic missile, which has considerably better combat and operational capabilities than the Topol-M (SS-27 Stalin).

The SMF previously said the Topol-M and RS-24 ballistic missiles would be the mainstays of the ground-based component of Russia’s nuclear triad and would account for no less than 80 percent of the SMF’s arsenal by 2016.