US, Allies Brace for Antarctic Wildlife Talks With Russia 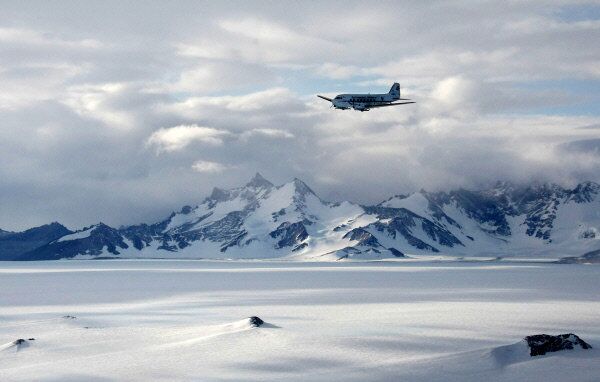 The United States and its allies on Wednesday called for the establishment of Antarctic marine reserves that Russia has previously blocked by questioning the legality of such sanctuaries in an area where it has fishing interests.

WASHINGTON, October 16 (RIA Novosti) – The United States and its allies on Wednesday called for the establishment of Antarctic marine reserves that Russia has previously blocked by questioning the legality of such sanctuaries in an area where it has fishing interests.

The proposed reserves “will provide a unique laboratory for continuation of marine research, and will have profound and lasting benefits for ocean conservation,” top diplomats from the United States, Australia, France, New Zealand and the European Union (EU) said in a joint statement.

The officials did not name Russia in the statement, which came ahead of an annual meeting of the Commission for the Conservation of Antarctic Marine Living Resources next week in Hobart, Australia, which Russia will attend.

In July, however, Russia and Ukraine blocked a proposal by the United States and New Zealand that envisioned a 640,000 square mile (1.65 million square kilometer) reserve in the Ross Sea, a deep Antarctic bay south of the Pacific Ocean.

The Russian delegation said that further clarification was needed to determine whether the body was legally able to establish marine protected areas in the Ross Sea, though a World Wildlife Fund representative told RIA Novosti that Russia opposed the plan because it would affect the nation’s fishing industry.

The Ross Sea region has experienced the least human impact among all of the world’s oceans and is an important habitat for flourishing populations of penguins, whales, seals and fish, according to the Antarctic and Southern Ocean Coalition, a Washington-based advocacy group.

New Zealand and the United States have since reduced the area of the proposed Ross Sea sanctuary to 517,000 square miles (1.34 million square kilometers), New Zealand’s government said in a statement last month.

The Russian delegation at next week’s meeting will be the key player in deciding whether the Ross Sea proposal is accepted, as Ukraine is likely to move in lockstep with Moscow, The Associated Press (AP) cited people involved in the negotiations as saying.

“I’m aware that there are some plans for dialogue with the Russian delegation, which is an encouraging sign,” New Zealand Foreign Minister Murray McCully told the AP. “We are certainly moving in a better direction than we have been previously.”

With travel restrictions in place for some US officials due to a government shutdown over a rancorous budget dispute, the US delegation may not attend next week’s conference in Australia if no budget deal is struck in Washington, the AP reported.