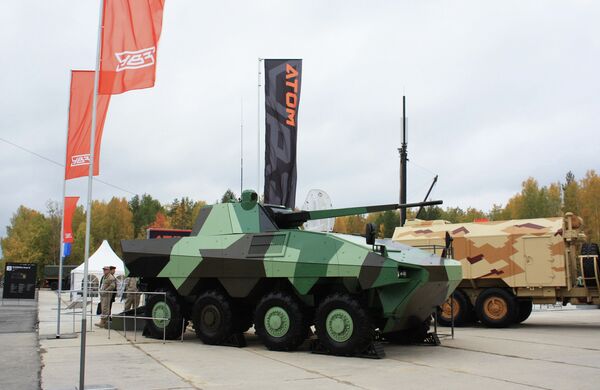 “The French side provided us with the transmission, the engine, the concept and the fire control system,” he said.

According to Sienko, the new IFV will be highly competitive on global markets because it is equipped with a powerful 57-mm gun, instead of the 30-mm variant that is standard for current IFVs.

“With its maneuverability and fire power, we are certain that this product will be in high demand on the market,” Sienko said, adding that a joint Russian-French venture could be formed to set up localized production of the new IFV in Russia.

Renault, France’s second-biggest carmaker, has made the Russian market one of its priorities for international development. Russia is already Renault’s fourth-largest automobile market.

In 2014, the Renault-Nissan Alliance will get a majority stake in a joint venture with the Russian Technologies State Corporation, called Alliance Rostec Auto BV, which will control AvtoVAZ, leader of the Russian car market.