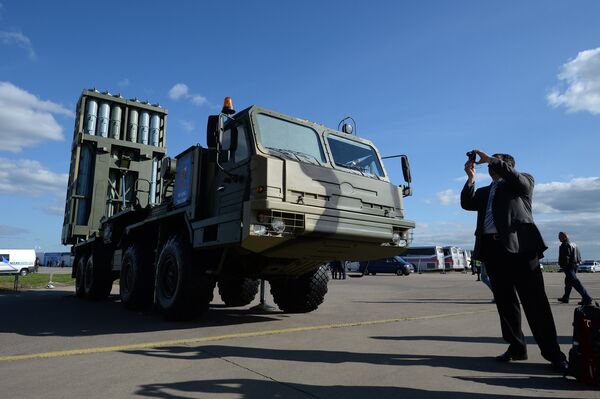 The Vityaz, which is expected to replace the outdated S-300 systems, was showcased for the first time during the recent MAKS-2013 airshow near Moscow.

“We are planning to complete [Vityaz] testing in 2014, [and] start mass production in 2015 and deliveries to the military in 2016,” Almaz-Antey general director Vitaly Neskorodov told RIA Novosti.

The system has been in the works since 2007 and features advanced all-aspect phased array radar, a new mobile command post and a launcher capable of carrying 12 vertical-launch missiles planned to be variants of the 9M96 active radar homing missile, according to the company.